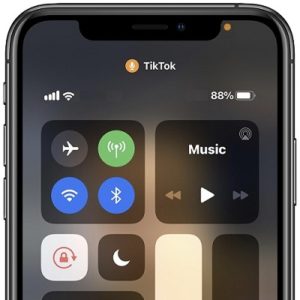 TikTok spying on iPhone by accessing microphone in the background.

Recently we’ve covered the new status bar indicators added in iOS 14. They’re informing iPhone users when an app is actively using the device’s microphone or camera. Now we caught TikTok using the iPhone microphone while the app was lingering in the background. This unexplained microphone access is worrisome especially with all the TikTok spyware controversy that surfaced in that past few weeks.

The legit question arises: Is TikTok spying on its users? The suspicions seem legit and are reinforced by the orange dot indicator. iOS 14 does come with one more privacy feature that informs its users when an app copies data from the iPhone’s clipboard. And guess what! TikTok is doing this too. However, there are lots of other apps that are collecting data from the clipboard and use it to better target the displayed ads. But we haven’t encountered any other app that’s tapping into the iPhone’s microphone when not actively used!

A Chinese multinational internet technology company called ByteDance is owning TikTok. The company is headquartered in Beijing. It was founded by a Chinese internet entrepreneur called Zhang Yiming.
Fact: TikTok became popular first on the Chinese market, before spreading worldwide.

Is TikTok A Spyware?

The app’s Chinese ownership doesn’t add too much to its credibility. Communist China is famous worldwide for copying, faking and duplicating things. Spying users for previous info won’t be the biggest surprise.

All the events and info provided above have encouraged many to claim that the popular video-sharing app is in fact a hidden spyware software. Many consider that the real beneficiary of TikTok is actually the the Chinese government.

In fact, India went that far and banned TikTok a couple of days ago. The country described TikTok as “prejudicial to sovereignty and integrity of India, defence of India, security of state and public order”. In the same time, it’s also true that India and China are currently involved in a military conflict that killed over 20 troops in a recent military clash.

If the recent allegations have convinced you to stop using TikTok, you might want to delete your account first, before erasing the actual app from your iOS / iPadOS device.
Important: You won’t be able to recover your account after you delete it. This includes access to your videos and purchases made through the app. Chats with other users will remain available to the other users that take part in the conversation. 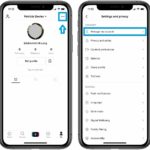 We’re definitely not in the position to be the ones that label TikTok a spyware or not. However, the privacy concerns raised in this article are legitimate. They’ve been exposed by new privacy protection features included in iOS 14. It’s true that we’re currently beta testing the upcoming iPhone OS and the features claimed in this article could not function properly.

If you experience unexplained microphone usage triggered by TikTok on your iPhone please let us know. The comments section is available below. What do you think about the privacy concerns mentioned in this article?

Related: Besides letting you know when an app spies on you, iOS 14 also comes with a series of new notifications about the charging status of paired accessories.