Posted in Apple Sales by Patricia on December 10, 2017 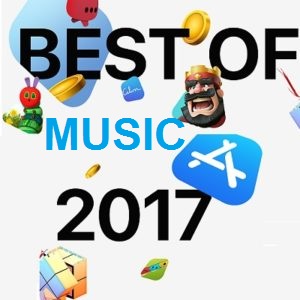 Best iTunes Songs and Albums of 2017

After reviewing the best apps and games of 2017 and the most downloaded iTunes movies it’s to find out which songs dominated the Apple Music charts during this year. Below, you can find the Top 100 most played tracks as wells as the most downloaded 100 music albums from iTunes. Tap on a title and you’ll be redirected to its official iTunes download page.

The Best Song of 2017 title has been awarded to the track “Shape of You” interpreted by Ed Sheeran, a tune that describes the trills of new love in its lyrics. Apple Music’s Top Album of 2017 has been awarded to Drake’s “More Life” artwork. Along these winners, there are 99 more songs and albums that conclude the most popular audio media in Apple Music and iTunes in 2017. Tap here if you want to open the Top 100 in Apple Music, or scroll to review the songs one by one from the collection listed below.

Check out the best tracks of 2017 from Apple Music and iTunes:

Tip: If you own an active Apple Music subscription tap here to add the top 100 playlist to your library!

Check out the best albums from Apple Music and iTunes:

Related: Check out our Best Of 2017 section to find out more top apps, games, movies and other media!