Will The iPhone 6S Fit In An iPhone 6 Case?

Posted in Accessories by Patricia on September 3, 2015 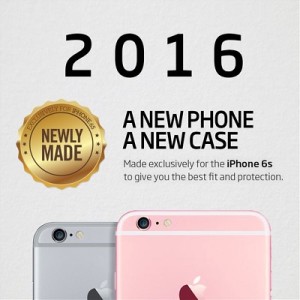 The iPhone 6s is the first iPhone S-series iteration that doesn’t come with an identical sized casing, compared to its predecessor, the iPhone 6. Believe it or not, the 2015 iPhone will measure 0.2mm thicker as the previous Apple flagship, while its length and width will also receive some very small additions. All this is probably caused by the 7000 Series strengthened Aluminum used as main material for the iPhone 6S shell, as well as case thickeners for the weak spots (Volume buttons and Power switch) discovered during the famous iPhone 6 Plus Bendgate.

At first sight, the size increase looks minor and not troublesome. But what if I tell you that you might need to switch your $60 worth iPhone 6 Anti Radiation Case

, with a new specially designed for the 6S model? The same might be the case with other accessories, manufactured for the iPhone 6, that should traditionally be compatible with the upcoming S iteration. This could be the first time when Apple forces its customers to buy new iPhone accessories (especially cases), if they plan to upgrade from the regular to the matching S-version! 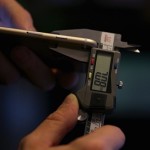 Don’t Panic Just Yet!
Common sense as well as early reports indicate that rugged cases might have enough buffering space to accommodate the minor thickness increase. However, the slick iPhone 6 armors, that don’t engulf the entire side shell might not work if you upgrade from an iPhone 6 to an iPhone 6S model. Accessories, especially iPhone ones, aren’t cheap. So, if you’re the Apple fan that upgrades to the latest iPhone model every year, you could start saving for new accessories too!…Just in case. 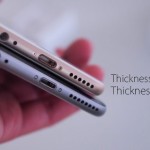 Although the 2015 flagship isn’t available yet, shell leaks presented by MacRumors have confirmed that the iPhone 6S will be around 1.9 mm thicker as its predecessor, reaching the depth of the iPhone 6 Plus. However, The 6S Plus version will add exactly 0.2 mm (from 7.1 mm to 7.3 mm) That’s around 3% bulkier. Differences, when it comes to length and width, are even smaller. We’re talking about 0.1 mm increase in length an 0.07 mm more in width. Screen size remains unscaved at 4.7″ for the 6S and 5.5 for the 6S Plus gadget.

Will my iPhone 6 Case Fit on the 6S?
This will probably be a very common question this autumn, as rumors about the iPhone 6S increased thickness will be officialy confirmed. From September 9 and September 18 onwards, we can expect the first reports and inform you whether you can save up to $100 by using your old iPhone 6 case or accessory, with the freshly upgraded iPhone 6S or 6S Plus. Of course that there are some early adopters like Spygen, who jumped the gun and already started selling iPhone 6S accessories, without having official Apple confirmation about sizing. But these are pure marketing strategies. Stay tuned for updates!

Update: Apparently the majority of iPhone 6 cases will be a good fit for the new 6S model. Manufacturers that sell shells labeled for the 2015 iPhones are primarily using a marketing trick to attract fresh sales! Even if a case is especially cut for the 0.02 mm size increase, it will be barely noticeable and not worth the upgrade. If you have iPhone 6 accessories and wish to use them with 6S you should! Don’t buy new ones, unless your actual ones are worn out!