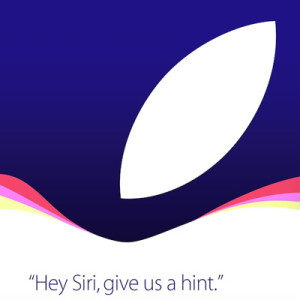 As we already announced you at the start of this month, the iPhone 6S and 6S Plus will be released on September 9. Initial rumors where confirmed, as Apple dispatched its invites to the major event, just a few days ago. Alyssa Bereznak, Yahoo news’ corespondent, published the nearby artwork on her Twitter account. This is a proof as solid as we will ever have! Apple never officially discloses the content of such an important event, attempting to increase the hype around it.

However, based on past and event last year’s experience, we can safely presume that the highly anticipated reunion, scheduled for the 2nd Wednesday of September, at the Bill Graham Civic Auditorium in San Francisco, California has the main purpose of inroducing the 9th iPhone generation to the world. Although this we’re talking about an S-line device, the 2015 iPhone will come with significant improvements like strengthened aluminum case, improved rear and front facing cameras, Force Touch and much more. 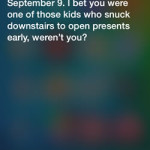 Apple never stops to surprise us. This time they involved Siri in toying with iPhone owners about the upcoming flagships. You can ask your virtual assistant about a hint, and the iOS synthesized voice has all kind of predefined replies that officially point to September 9 and the unveiling of the iPhone 6S and 6S Plus. Wake Siri by pressing & holding your smartphone’s home button and command: “Give me a hint please!”. Here is a list with the possible answers that you might receive:
1. “You’ll have to wait until September 9. I bet you were one of those kids who snuck downstairs to open presents early, weren’t you?” 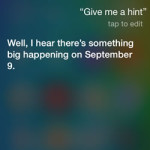 2. “Well, I hear there’s something big happening on September 9.”

3. “The only hint I can give you right now is a hint of lime. And that there’s a big announcement on September 9.”
4. “Look deep within yourself and you will find the answer. Especially on September 9.”
5. “Why don’t you check a rumors blog? That’s what I do.” 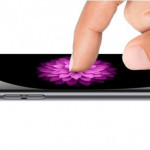 Being aware of Apple’s habits we can safely find more hints within the September 9 invitation. Check out the design and you should notice that Force Touch will be the highlight of the evening. That’s easily noticeable by the resulting shock-waves created by a firm press of a virtual finger on the top of the Apple logo. If the iPhone 5S had Touch ID as main novelty, the 6S iteration will be defined by its capacitive glass surface. Nevertheless, considering the important Camera leap (12 Megapixels, instead of 8 MP for the back camera and 5-megapixel front-facing iSight, instead of the dated 1,2 MP one) we can easily conclude that the 2015 iPHone will be the most enhanced S-series release since the existence of the iOS smartphones! Do you agree?