4 Reasons To Use A VPN On Your iPhone And iPad 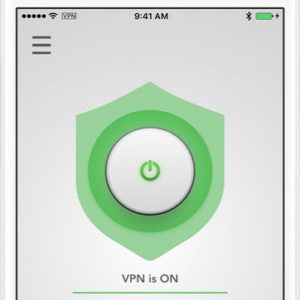 iPhone connected to a VPN service.

Nowadays online privacy has become equally if not even more important than offline anonymity. Almost everyone owns a smart device that has GPS and Internet connectivity. All actions that you perform with an iPhone via Maps, Safari or any other third party app can be tracked down. This is why hackers and are tempted more than ever to breach your smart device’s security and gain access to valuable information that can be resold to third parties. Imagine how useful it is to an advertising company to know your political affiliations, your online purchase pattern, the places you like to visit and similar personal data!

One way to make sure that your online activity remains private is the usage of a VPN, or Virtual Private Network. Such a service allows you to maintain anonymity and prevents your ISP (Internet Service Provider) from tracking and recording your browsing data. ISPs can use these records to sell the info to advertisers that can use the info to bombard you with targeted ads, unnecessary surveys and much more.

How Does A VPN Work?
A Virtual Private Network is an interpose between your iPhone / iPad and the web. This means that you first log-in to a VPN service provider before starting to browse the Internet from your iOS device. A maneuver that prevents hackers and spying companies from being able to track your online activity. They will instead get encrypted data and track your activity as coming from the VPN service provider itself and not from your iPhone, iPad or home computer.

Why Should You Use A VPN On iPhone / iPad
1. Enhanced Privacy
Practically surfing the web while using a VPN disguises your iOS device’s IP address. Which means that your location is hidden. This prevents individuals (hackers) or entities (ISP, government, spying agencies) from tracking your online behavior, knowing your whereabouts and your online activity.
Important: Using a VPN isn’t a free pass for performing illegal online activities. Governments can force VPN providers to provide your online activity backlog if there’s proof that you’re performing something illegal.

2. Secures Wi-Fi Connections
To preserve battery and our carrier data plan we often connect to public Wi-Fi hotspots when eating out or are on the move. However, these open networks are unencrypted and unprotected. A malicious third party can easily sniff precious personal data, like social media accoun logins, bank account info, emails and much more by hackers, via keyloggers. However, if you use a VPN all the data transferred between your device and the public Wi-FI hotspot is encrypted and protected.

3. Unlock Locations Based Services
iPhone and iPad owners also like to use VPNs because you can disguise the location that you’re browsing from. High quality VPN service providers offer hundreds of servers to connect to from around the world, allowing you to pretend that you’re in the United States, even if you’re in Australia for example. This is particularly useful when you’re subscribed to apps that use geo-location to provide access. For example, if you follow your favorite TV Series via the Netflix app, you might find out that they aren’t released in the same time all around the world. So, if you’re traveling outside of the U.S. you might not receive the current episode when it actually releases. However, you can use the VPN as the middleman, connect to an United States server and trick Netflix that you’re browsing from within American territory.

4. Competitive Pricing
Last but not least, it’s a good moment to sign up with a VPN service because prices have started to go down. I’m talking about high quality service providers. As in any field, competition drives prices down and this is a good reason to start using a Virtual Private Network for your iPhone and iPad. Below, I’m sharing with you a few high quality VPN service providers for your iOS devices. Tap the VPNs names listed below to open their official App Store download pages:
– ExpressVPN ($12.99/month ; $99.99/year) – Download the app for FREE from the App Store and subscribe via an in-app purchase to the desired plan. This VPN service is located in the British Virgin Islands and is great for streaming. Provides impressive Internet speed along with a 256-bit encryption of your data. A membership allows you to have three simultaneous connections, which means that you can use the service on three different Internet devices.
– NordVPN ($11.99/month; $68.99/year) – Allows you to choose from 1000 servers spread out in 60 countries. It comes with a quick connection interface. After the initial configuration a single tap is required to connect to the VPN. This virtual private network won’t save any logs, which makes your activity remain anonymous forever (company is located in Panama). Last but not least, this VPN allows six connections!
– IPVanish ($9.99/month; $74.99/year) – An U.S. based VPN service provider that provides a great price\quality ratio. The connection speed is ultra fast allowing you to stream HD content on your iPhone and iPad. 5 devices can be simultaneously connected via a single membership.
– CyberGhost VPN ($9.99 / $29.99) – This is a less expensive VPN service that, provides very high speed Internet connections. You can choose from 800 servers from various countries. 5 devices are allowed to connect in the same time. The small downside is that the connection is randomly logging you off, requiring you to re-log multiple times a day.