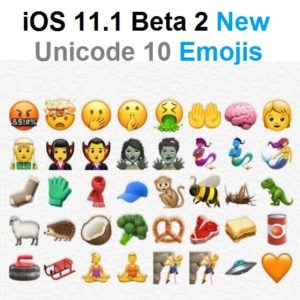 Apple has recently rolled out iOS 11.1 Beta 2 for Developers and will soon also roll out the Public test version for worldwide volunteers. As reported, one of the main features included in this new firmware is the inclusion of Unicode 10 compatible emojis. Hundreds of new icons are expected with the public release of iOS 11.1. Until then, 77 new smiley faces have been detected in this 2nd beta.

Check out the images uploaded in this article to discover all the new emoticons. The highly expected Love-You gesture emoji from the American sign language hasn’t been featured yet. It will be most likely included in the next beta. If you upgrade to iOS 11.1 Beta 2 you can send new emotive smiley faces, gender-neutral characters, clothing options, food types, animals, mythical creatures, curling and sledging icons, as well as various sports like hiking and yoga, a new UFO emoticon and various flags! 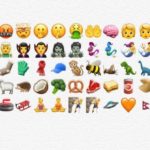 Fact: iOS 11.1 is expected to be officially rolled out to the general public after the release of the iPhone X. Pre-orders for the 10th anniversary iPhone start October 27 and the first devices will be shipped and become available in stores on November 3.