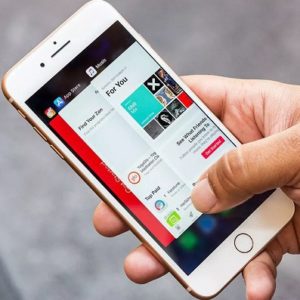 The big news of the day is that Apple has brought back the App Switcher shortcut to iPhone and iPad in iOS 11.1 Beta 2 which means that the feature will be included in the upcoming official iOS 11.1 public firmware. Remember, that this 3D Touch multitasking shortcut has been quietly removed from the initial version of iOS 11, released on September 19. Apple has confirmed that the feature was pulled out because of technical reasons and that it will return in an upcoming iOS 11.x upgrade.

Thankfully the wait isn’t too long and the multitasking gesture shortcut will return in the first major iOS 11 iteration. iOS 11.1 is expected to be rolled out after the launch of the iPhone X. Apple’s 10th anniversary OLED iOS device will be available for pre-orders on October 27 and will reach the stores 7 days later on November 3. At the time of writing iOS 11.0.2 is the most recent software update available! 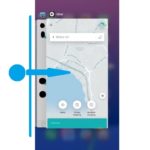 3 Ways To 3D Touch For iPhone Multitasking
1. Switch For Previous Apps
Gesture: Press firmly on the left hand-side of your iPhone screen and swipe towards the right to switch from the current app to the previous one. Repeat the gesture to go for the third software available in the App Switcher queue.
2. 3D Touch For App Switcher
Gesture: 3D Touch, swipe-right and stop in the middle of the swipe to bring up the App Switcher screen and select the app that you want to multitask too, by scrolling the available cards.
3. App Switcher From Home Screen
Gesture: 3D touching for multitasking is also available from the iOS Home screen. Both gestures described above can be performed, not only within apps but also from any page of the home screen!