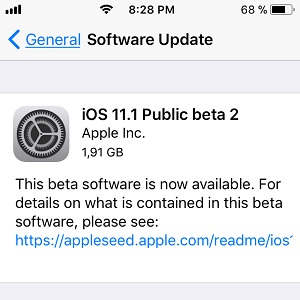 One day after the release of the 2nd Developer Beta versions for the iOS 11.1, watchOS 4.0.1, tvOS 11.1 and macOS 10.13.1 firmware, Apple has also seeded their Public test versions, downloadable by all volunteers that want to help the Cupertino-based tech giant to fine tune their upcoming operating system iterations. The two versions are identical which means the iOS 11.1 Public beta 2, among bug fixes and performance improvements, introduces numerous Unicode 10 emojis. It also brings back the extremely handy 3D Touch multitasking gestures for switching between apps and invoking the App Switcher.

Another thing worth mentioning is that the Apple Watch is the only gadget from the lineup that doesn’t support a public beta version for watchOS 4.1. This means that you have to run iOS 11.1 Developer Beta 2, on the paired iPhone, if you want to be able to update to watchOS 4.1 Beta 2, which introduces a new Wi-Fi toggle in Control Center for the Apple Watch Series 3 models that include LTE connectivity, along with other changes.

How To Update To Public Beta 2 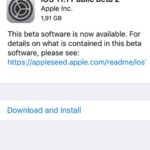 If your iPhone, iPad, iPod touch, Apple TV or Mac already runs an iOS 11 Public beta version you can upgrade to Beta 2 over-the-air. It’s the same process used when updating your software to a new official public release. For example, iPhone users have to open the Settings app, tap on General and open Software Update. The Download and Install button tap will kick-start the process.
Fact: If your device runs iOS 11.0.2 or any other public release of tvOS 11, macOS High Sierra or earlier, you have to sign in (if you already own an account) or create an account with the Apple Beta Software Program and download the appropriate Beta profile for your device as explained here.