Posted in Errors and Issues by Patricia on August 16, 2022 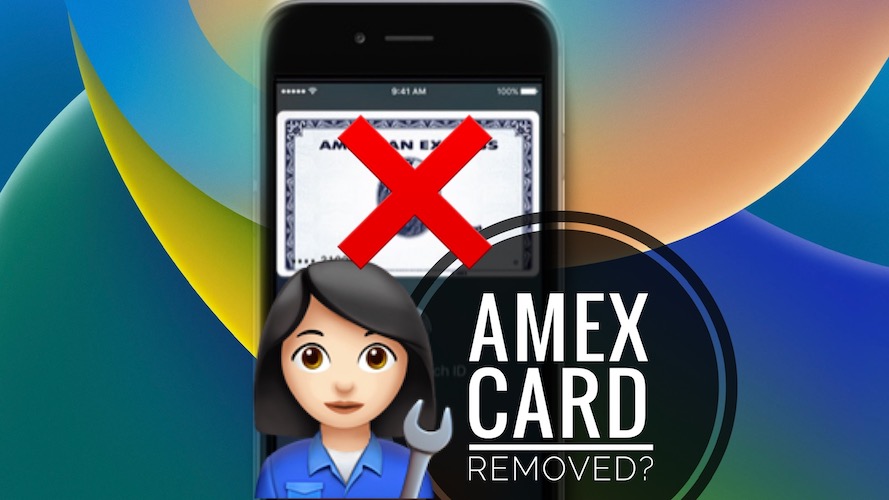 American Express card removed from Apple Pay? Have your Amex cards been unexpectedly removed from Wallet after iOS 16 update? Issue has been confirmed by the credit card service company via email? Other credit/debit cards might be affected too.

This problem has been reported by JamesV on our iOS 16 Public Beta 4 review page:

“Amex card removed from Wallet after ios 16 pb4 update. I added it back. Seems good now!”

I did not experience the same, but have found several other similar reports on Reddit.

All affected users mention that their American Express cards have been removed from Apple Pay a few hours after the update. Are you experiencing the same?

How To Fix Credit Card Removed From Apple Pay

Apparently this iOS 16 bug has an easy fix. Affected users have reported that they’ve simply re-added the cards and everything seems normal:

Tip: If you’re dealing with American Express cards, you should add your cards back to Apple Pay via the Amex app. This way you should get the same virtual card number.

Have you managed to add Amex card back to Wallet? Did the problem re-occur? Do you have any other issues or suggestions? Use the comments and share your feedback. We’re ready to help.

Related: Credit card not working on Apple Watch? Here is how to fix it!