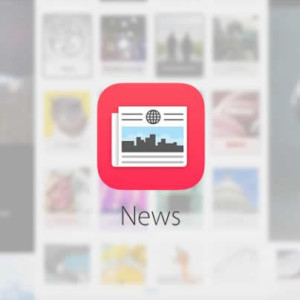 The famous Cupertino-based company has just released its third beta version of iOS 9. This edition is still limited to Apple developers. The first public beta version should be released by the end of this month (July). However, we’ve already given it a test drive and are here to report that Apple Music and the much awaited News app have been introduced in this release. So, where sure that they’ll be featured in the public beta too, as announced during WWDC 2015.

Apple Music has been in fact launched to the general public one week ago with the introduction of iOS 8.4, but the News application will be only integrated within iOS 9. More, it seems that Apple News will be available only for iOS users from United States and a few other countries. The technology giant has to arrange deals with the biggest story publishers from each country, for its News streamline project to properly work. 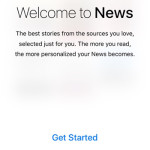 This new app is automatically displayed on your iPhone’s home screen as soon as you update your device to the iOS 9 Beta 3. The first time you tap its icon and the software opens, you’re prompted with a welcome message: “Welcome to News / The best stories from the sources you love , selected just or you. the more you read, the more personalized your News becomes.” Tap on Get Started and start configuring the app. You’re prompted with a list with publications that are streaming their content to Apple News. Select the ones that you read most. A few of them are included by default and you have to add at least three more. These will become your News sources. 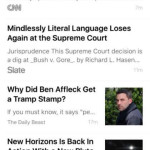 Now, you’re prompted to choose whether you wish the News to be emailed to you. Sign up if you do or tap Not Now to skip this feature. Next, the actual News app opens app. The default tab is the For You screen which displays a timeline of the latest news, provided by the sources you have chosen.

More News app features are found in the four other tabs: Favorites, Explore, Search and Saved. Favorites highlights the topics that you’re following. The Explore screen displays recommended channels that you might be interested in, but aren’t following yet. Search provides an easy tool of adding new topics. Type a keyword and search for a specific channel. Tap the + icon next to it, to add it to your favorites.

Tip: You can also add RSS feeds to the news app, via the Safari and its share sheet options. A new command called Add to News is available in the iOS stock browser. It’s function is to add a specific web page’s feed to Apple News.