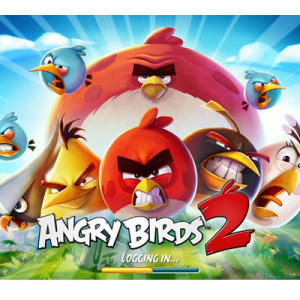 Angry Birds 2 is the 2015 sequel of the most popular mobile game of all times! Get ready to slingshot your favorite birds in captivating missions that contain multi-stage levels, boss pigs and a lot of miscellaneous. The app is really captivating because it adds a lot of decision making, compared to the previous edition. You can now choose what bird to fire first. Spells are also available to help you weaken the enemy before launching the actual attack.

More, each character has its own strengths, so you need to aim precisely and use the correct strategy to defeat the pigs that arise at the horizon, in various shaps and structures. On top of the addictive gameplay, I can’t but admire the stunning graphics of this software. You’ll be impressed by all animations, flashy levels and extended details available on Piggy Island! This year’s edition surly adds to the value of this popular franchise! 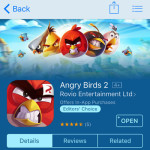 If the intro raised your curiosity, hang on just a sec, until I mention the iOS devices that are able to render this game at its full potential. According to Rovio Entertainment the popular birds can be properly slingshotted on iPhone 5, iPad 3, iPad mini 2, iPod touch 5th generation and onwards. This means that any iOS gadgets released prior to the ones listed above will experience performance issues and/or crashes, especially due to the high detail of graphic animations. If your device qualifies for this game, don’t wast anymore time and download Angry Birds 2, free of charge, from the App Store!

How To Play Angry Birds 2 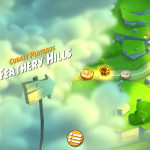 With the game installed on your iPhone, it’s time to start playing. Action starts in Fathery Hills and the first few levels are tutorial-based. You’ll learn how to control the slingshot and how to activate the bird’s special Ability.
Red is the first bird available for you and the captain of your squad. Every time when you initiate a shot, by dragging your finger and extending the slingshot, the potential flight path is highlighted. This way you can target your shot properly. Release to launch! 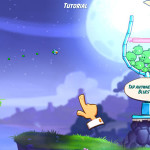 A tap on the screen activates the bird’s special Ability which ads more damage to the shot and is vital for a successful attempt. You’ll learn that each bird-hero has a special weapon, which has to be used against the proper enemies in order to be efficient.
Your flock expands with more birds and spells capabilities as you advance deeper into the game. You’ll notice that levels get multi-stages and this is when strategy is mandatory in order to save your weapon’s to complete all stages. I’ll provide more info on this in the tips and tricks section of this article.

Angry Birds 2 New Features
Here are the most notable additions brought by this sequel: 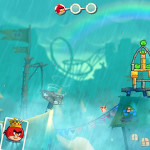 – Select Bird Order: After completing a few levels you’ll start building your bird squad. The novelty is that you can choose which hero to fire next. Considering that each of them has a special ability, you can take the proper decision by analyzing the structure of the next object and the location you plan to hit in order to destroy it, while using the lowest amount of birds possible. (P.S.: A level is completed when all stages are cleared. A stage is won when all pigs are defeated).
– Multi-Stage Levels: As already mentioned above there isn’t a single room that you have to clear out of pigs, per level. Multiple stages means that you don’t know what’s coming next, making bird selection a bit more challenging. A level is completed only when pigs from all stages are exploded. Else, you have the option to continue in exchange of crystals. If you restart the level, you lose a life and have to begin again from the first chamber. One life regenerates in one hour and you can accumulate a total of 5 lives unless of course, you decide to opt for an in-app purchase. 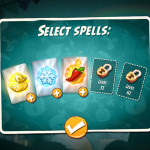 – Cast Spells: Yes, you can use magic too. They’re also released with the help of the slingshot. However, you don’t need to aim, because they affect all objects from the stage. Spells either destroy your enemies or weaken their positions, so that your bird-attacks will inflict significantly more damage. You can choose from Golden Ducks, Blizzards, Hot Chilis, and many other magic help!

– Boss Piggies: Every now and then you’ll reach a special level that ends with an oversize piggie. They require a little more of your attention. Defeat them and protect your eggs. During the game story you’ll have to handle with Foreman Pig, Chef Pig and the leader of them all, King Pig. 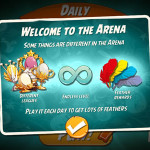 – Multiplayer Mode: Last but not least Angry Birds 2 offers you the option to compete with players from all around the world. Compare your slingshot skills in the Arena. Here you play and complete stages, until your run out of birds and spells.
Do note that you have to unlock multiplayer mode, by winning access to the arena. This is achieved by reaching Level 25, found on the New Pork City map.

Angry Birds 2 Heroes And Their Special Abilities
Here is a presentation of all characters that build the completed Angry Birds flight squad. They’re featured in the order you’ll unlock them as you advance through Piggy Island: 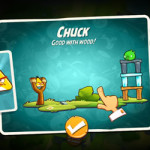 – Red: is your first hero and the building block of your performance in this game. He is the angriest bird of them all, with the most developed sense of protection. The flock leader is caring about the eggs all day long. Red’s special ability is a shock-wave sent towards piggies, that shakes them strongly before the actual impact.
– Chuck: is the fasted bird of your squad and the second character that you’ll unlock. He’s mainly efficient against obstacles made out of wood. His special ability is a missile-like acceleration before the impact, which increases the amount of inflicted damage. 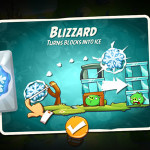 – The Blues: Jim, Jake and Jay are the pranksters of your team. They’re highly efficient against ice. You’ll launch them together and the three will split when you activate their special ability. The sooner they split the more bigger the distance between their points of impact. You can give The Blues super powers by casting a Blizzard spell before launching them in battle!
– Matilda: has an explosive spirit. She can camouflage a bomb in an egg and launch it whenever you trigger the special ability command. She’s the equivalent of a B-52 bomber in your flock! Do mind, that she continues her flight path after releasing the egg and will also inflict some damage when crashing into an object or enemy. 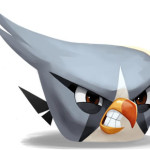 – Silver: is the most skilled flier of your pack. His masterpiece is the looping move, which allows him to tackle piggies difficult to reach with other characters. The special ability triggers a loop, followed by a powerful collision with the target!
– Bomb: is literally a ticking time bomb waiting to explode. Direct it towards and important enemy asset and start the timer by triggering its special ability.
– Terence: is the big brother of the group. His impressive size is so convincing that this hero doesn’t event need a special ability to smash all kind of obstacles and piggies on their island. 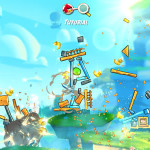 – After all that you’ve learned so far I do need to emphasize is that the most important thing for having success while playing this game is a proper strategy. You need to know your flock. Memorize the strong points as well as the flaws of each bird and select the best launch option for the upcoming obstacle.
– Use spells wisely and only when they’re truly needed. Usually, they’re most welcomed at the beginning of the stage in order to make piggies and their establishments more vulnerable to your attacks.
– Before the first launch, analyze the stage. Check for miscellaneous elements that can enhance your damage or cause problems. For example, fans will change the flight path of your birds. You can use them in your advantage, with a proper judgment. Flowers can recover The Blues and spit them out for additionally launches. As you progress and gain experience you’ll notice that you need to use every trick from up your sleeve in order to master. Good luck! 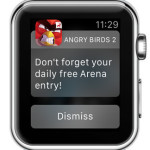 Fact: 1. Yes, you can complete this game with patience and no in-app purchases. However, if you get too frustrated you can buy yourself a little help to get out of jail!
2. No, Angry Birds 2 doesn’t come with Apple Watch compatibility. However, as with all other apps, notifications are sent to your wrist. So, don’t be too surprised if you’re not playing for a while and the piggies start missing you. I just received a call to action notification, which you can see in the nearby print-screen, sounding like: Don’t forget your daily free Arena entry!