Posted in Errors and Issues by Mike on November 5, 2022 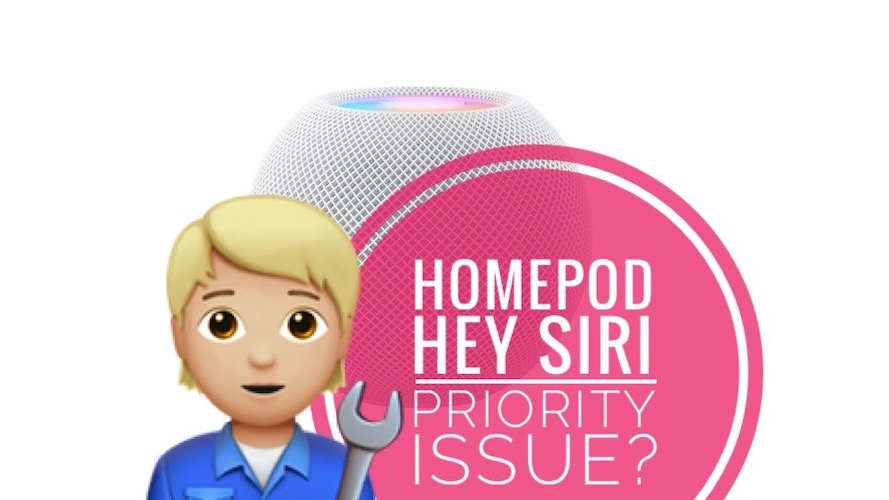 Are you encountering Hey Siri HomePod priority issues after updating all your devices to 16.1 software version? HomePod fails to pick up ‘Hey Siri’ commands when your iPad or iPhone are in the same room? You’re not alone!

This problem has been reported by Diego:

“HomePod fails to react to Hey Siri when iPad is in the same room. This used to work properly! Any tips?”

We couldn’t replicate the glitch, but it seems widespread. If you’re experiencing it too please confirm it in the comments and provide any helpful additional details. We plan to report this problem to Apple and will use this page as support.

Until this issues gets sorted in an upcoming software update you can apply the following workarounds:

First, reboot your smart speaker. A fresh start might clear any minor glitches preventing it to gain Hey Siri priority when compared to other devices: 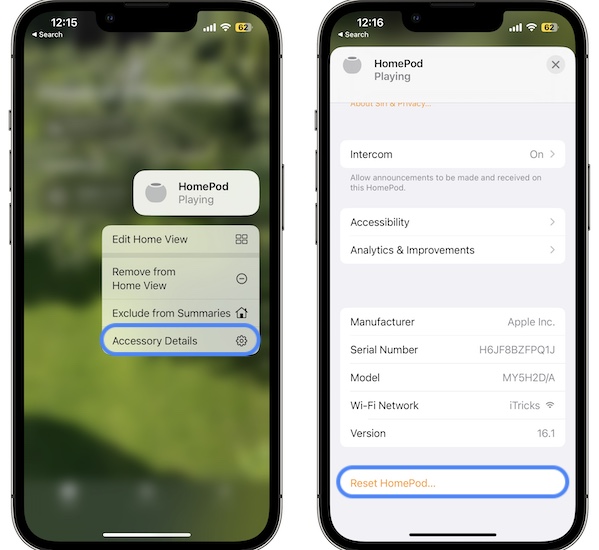 If the restart doesn’t fix the Hey Siri HomePod priority problem, turn the other devices in the room with the screen facing towards the desk.

This will prevent iPad or iPhone from listening for Hey Siri and thus make your HomePod your only available devices in the room. 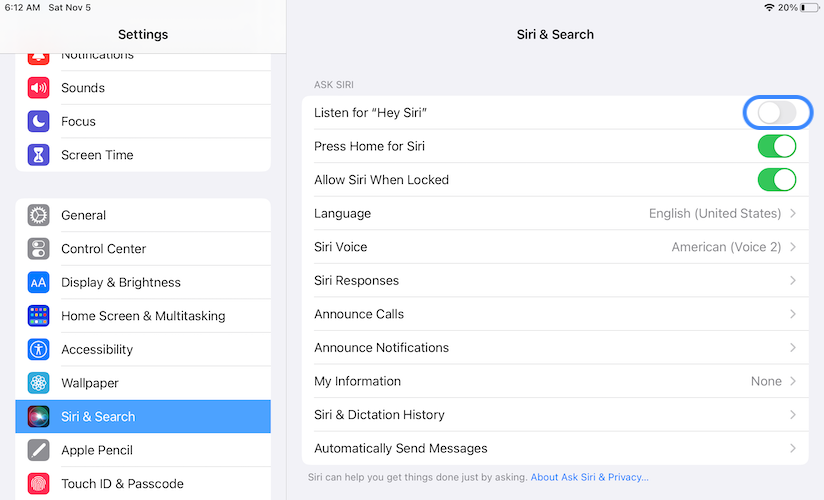 You can go also go to the extreme and turn Off Hey Siri on iPad altogether. This is done in:
Settings -> Siri & Search -> Listen for “Hey Siri”

Have you managed to fix Hey Siri HomePod priority issue in 16.1? Do you have a better solution or more problems to report? Share your feedback in the comments.

Related: For more HomePod 16.1 issues and the available workarounds check our extended review.