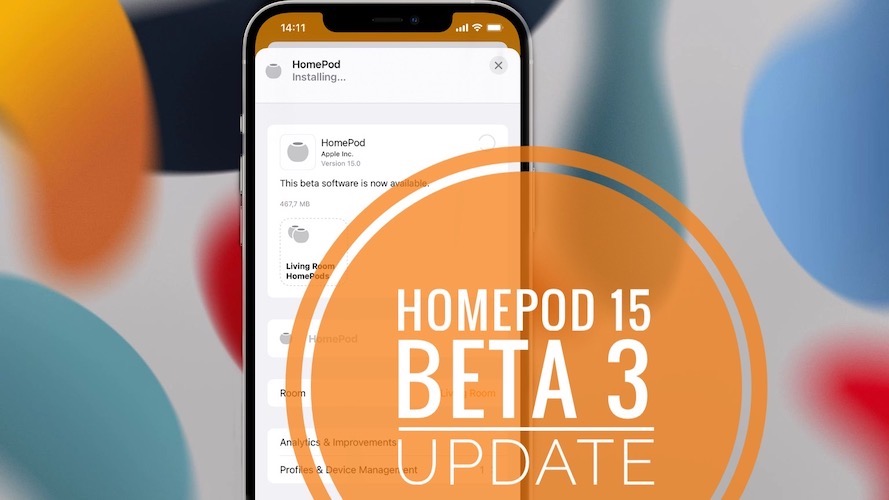 Apple has released HomePod 15 Beta 3 version in an attempt to fix a serious bug that has rendered a series of Bluetooth speakers unusable. We’ve recently reported about HomePods overheating and failing while running the 15 Beta and even the public 14.6 release!

The new HomePod 15 Beta must be surly tackling this important problem. If it’s successful, Apple will most likely also push the 14.7 release to make sure that the fix becomes available to the general public and no other speakers end up bricked.

How To Install HomePod 15 Beta

Unlike iOS, iPadOS, watchOS and tvOS, HomePodOS doesn’t feature a public beta version. The test version is distributed per invitation only. Even registered Apple developers can’t download the HomePod 15 beta profile if they’re not selected in the small circle of beta testers.

Fact: Of course that you can find a way to install HomePod 15 beta unofficially from third-part sources, but we strongly recommend you not to. Installing unauthorized software will void the warranty of your HomePod.

There is a good reason while Apple doesn’t offer the HomePod 15 betas to the masses and the recent cases bricked HomePods prove that it was an inspired decision.

Unfortunately, the update log for the ‌HomePod‌ 15 beta update doesn’t provide any info about changes and potential bug fixes. We can only wait and see if HomePods continue to die, while running the new HomePod 15 beta!

Apple is preparing the original HomePod as well as the HomePod mini for Lossless audio. In fact, in HomePod 15 beta 3 you can even enable and test the high quality music streaming:

Are you amongst the small group of users that is testing out the HomePod 15 software? Have you spotted any new features? Use the comments section and share your feedback.

Related: How to fix Intercom could not be delivered to HomePod!