How to change app icons on iPhone

Home Screen widgets have become very popular for Apple gadget owners since the release of iOS 14. However, a less known iOS 14 enhancement allows pro-users to also change the app icons, thus fully customize the look of the iPhone and iPad Home Screen.

To edit the Home Screen app icons you have to pick an image, store it in the Photos app, create a new shortcut using the Shortcuts app, add the shortcut to the Home Screen and finally place the original app in the App Library, to avoid duplicate applications.

This all sounds quite complicated but we’ve got you covered. All steps for editing Home Screen app icons in iOS 14 are detailed below. However, before you start be aware that this trick comes with two major limitations. If you decide to hack your icons you have two know that every time when you open the app in question, the launch will go through the Shortcuts app, which can result in a slight delayed loading time. Secondly, the notification badges will also become unavailable.

Return to the home screen and tap on the newly created icon to run the shortcut and load the original app!

For an even better demo of this trick, we’ve recorded a video guide that shows all the secrets of replacing app icons and renaming them in iOS and iPadOS 14: 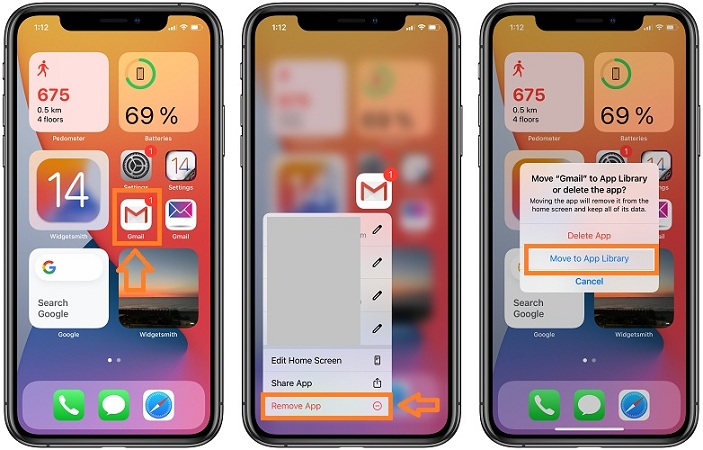 Although this is a complicated workaround many users have chosen to change their app icons. Do you plan to follow suit? Which app icon you intend to change? Let us know using the comments section available below.

Related: Check out these 100+ Home Screen widgets for iPhone and iPad!