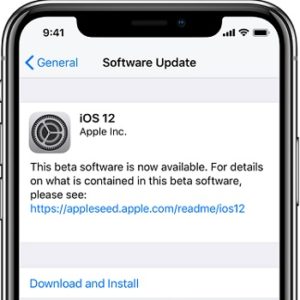 The long wait is over! Apple has released an iOS 12 Beta version for the general public too! Until now only registered Apple developers had official access to the iOS 12 test versions. Nevertheless, we provided a workaround for this shortcoming which allowed general access to the Developer Betas. If you haven’t used the trick described here you can now officially install iOS 12 Beta on your iPhone and iPad.

This is done via Apple’s public Beta Software Program. However, before you start don’t forget to fully backup your iPhone via iTunes, because you’re about to install a test version which comes with its share of bugs and flaws. More, while any backup that you perform while running iOS 12 Beta, won’t be available for restoring in case you downgrade to iOS 11! 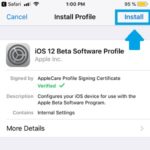 1. Visit Apple’s Beta Software platform, log-in (or register) with your Apple ID and enroll your iOS device. All this to be able to download the iOS 12 Beta Profile. Tap here for the direct download link!
2. Choose the device that you plan to install the Profile on, iPhone, iPad or Apple Watch.
3. Tap on Install and agree with Apple’s terms.
4. Now you have to reboot your iPhone / iPad in order to enable the freshly installed iOS 12 Certificate.
5. Open the Settings app and browse for General -> Software Update.
6. Tap on Download and Install and the iOS 12 Public Beta will be deployed over-the-air on your Apple smart device.
7. Last but not least you have to configure your iPhone / iPad before you can start testing iOS 12!

Tip: If you had your time with iOS 12 Beta you can learn here how to downgrade to iOS 11.