How To Enable Animoji On Any iPhone & iPad Running iOS 11 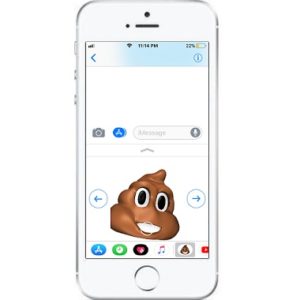 Animoji has been advertised as one of the exclusive features packed in the revolutionary iPhone X, along with Face ID and the edge-to-edge OLED display. Although a lot of us were skeptic, the animated emojis have claimed their share of success since the release of Apple’s 10th anniversary iPhone. It’s not only about sending hilarious video messages, but you can also use the feature to record entertaining Animoji karaoke clips.

However, Apple’s claim that Animoji can be powered only by the iPhone X’s hardware is half-true and if you continue reading this article I’ll teach you how to enable animated emojis on any iPhone and iPad that’s compatible with iOS 11. Yes, I’ll admit from the get go that the trick provided below can’t replicate the original iPhone X Animoji because the dot-projector which comes with the iPhone ‘Ten’ TrueDepth camera system isn’t found in any other previous iOS device. Nevertheless, a simple front facing camera can replicate basic facial gestures. So, if you accept this compromise here is how to bring Animojis to iPhones as old as the 5S model! 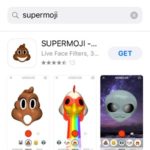 1. Download Supermoji from the App Store. The app is free of charge and brings 6 of the Animoji featured characters to your iOS device: the panda, the fox, the alien face, the dog, the chicken and of course the famous pile of poop.
2. Open the Messages app.
3. Select a contact that’s also within the iOS platform, thus able to receive iMessages. Open an existing conversation or opt for the new Message screen.
4. Tap the iMessage App Store icon, or detect the pile of poop icon within the app scrubber available at the bottom of the screen. Tap it to enable the aftermarket Animoji feature. 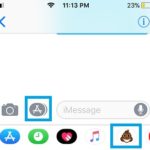 5. Use the left and right arrows to selected the desired animated emoji.
6. Tap the Animoji viewfinder once to send a snapshot or touch and hold the viewfinder to record a clip. Release when ready and your Animoji video will be sent!

Fact: Obviously without the True Dept camera system the Animoji are considerably less expressive as the original ones available on the iPhone X. The details are also less spectacular and facial actions like blinking aren’t detected. However, this tip will prepare you for the real Animoji when you decide to upgrade to the iPhone ‘Ten’, because the usage and recording processes are similar!