How To Fix App Store Downloads Not Working In iOS 15 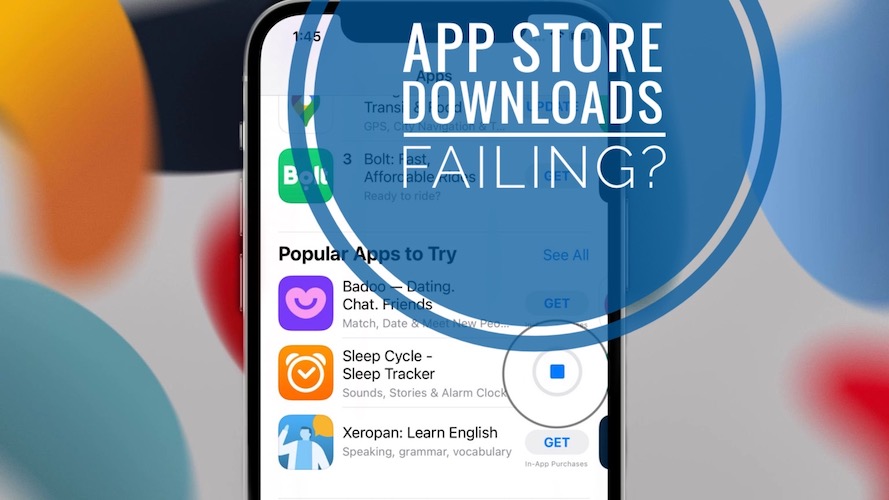 Are App Store downloads not working in iOS 15? Tapping the GET button attempts to start the app download, but the progress interface is quickly replaced by the cloud icon with an arrow pointing downwards? This confirms that download has failed.

If you retry, it fails again and you’re stuck in a loop. This issue has been reported for the iOS 15 Public Beta 2 test version.

Thankfully there is an easy fix for this issue. I’ve accidentally managed to replicate the problem and discovered that App Store downloads are failing if you’re listening to Apple Music songs in the same time!

As soon as music playback is paused, the App Store downloads start working. So, everything that you have to do is take a break from listening while you attempt to update or download new apps.

Of course, that this is a temporary workaround until Apple issues a fix in the upcoming iOS 15 beta release.

Update: Apparently this App Store download bug is even more specific! I’ve been able to narrow it down to the Lossless Apple Music feature. The problem doesn’t occur when normal quality songs are played.

Are you also experiencing problems when trying to download apps in iOS 15? Is the issue also caused by Apple Music playback? Share your feedback using the comments section.