How To Fix Apple Watch Random Restarts In watchOS 7 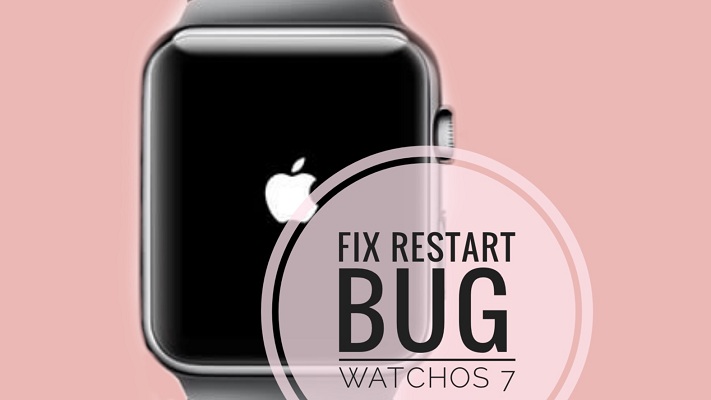 Have you updated your Apple Watch to watchOS 7 and ever since, the device is randomly restarting several times per day? You’re not the only one! We’ve received a dozen emails from various readers that report this problem. A thing that stands out though, is that in many cases the Apple Watch Series 3 is th affected model by the random restart issue!

At the time of writing we couldn’t replicate the issue on our own Apple Watch 3 unit, but we could find similar complains on Apple’s Discussion forums. No one has a permanent fix, but we have the confirmation that Apple is working on an official solution.

Here is what you can do to prevent your Apple Watch from restarting itself:

1. Update To The Most Recent watchOS 7 Release

Update (October 19): Apple has released watchOS 7.0.3 with fix for the unexpected restart bug! The update is only available for Series 3 models!

Since the initial release of watchOS 7, Apple has subsequently rolled out watchOS 7.0.1 and watchOS 7.0.2 but neither of the two minor updates, have managed to fix the random restart bug, although they focused on bug fixes and improvements!

Fact: Nevertheless, you should give it a try, because even if it doesn’t solve the random restart problem, you will get some other fixes for battery draining and ECG app not working.

How To: watchOS 7.0.2 is available over-the-air from the Watch app, on the companion iPhone. Open it and in the My Watch tab, tap on General -> Software Update. Tap Download and Install and follow the on screen instructions!

Sometimes errors on the Apple Watch can be also caused by the companion iPhone. This is why we recommend you to update your iPhone the latest iOS 14 version available (At the time of writing iOS 14.0.1).
As we already reported, an upcoming iOS 14.1 release is imminent, while iOS 14.2 is also in the works, being beta tested since a couple of weeks.

If performed the software updates mentioned above and your Apple Watch continues to restart itself several times a day, you can attempt to get rid of the problem, by completely erasing your watchOS device! Restore it from the most recent backup. This will allow your Apple smartwatch to start from scratch and hopefully the random restart bug won’t resurface. How to:

Fact: The iPhone will create a backup of your watch before erasing it. Be patient until all data on your Watch is deleted and the device reboots.

Although there’s no clear explanation why the Apple Watch 3 models are most prone to the watchOS 7 restart bug, we can’t underline the fact that the Series 3 is the oldest watch model that’s compatible with the 7th watchOS generation.
Devices can randomly restart when they run out of resources and the Apple Watch Series 3 could have a hard time to run watchOS 7 when its required to multitask and the process become to intensive for its memory.
Most likely, Apple will be able to fix this in an upcoming software update. A good sign is that not all Series 3 models are affected by this random restart problem.
Stay tuned, we will let you know as soon as a fix is available!

Is your Apple Watch restarting itself several times a day since you updated it to watchOS 7? Let us know with the help of the comments section available below.