How To Fix Duplicate Contacts On iPhone In iOS 16 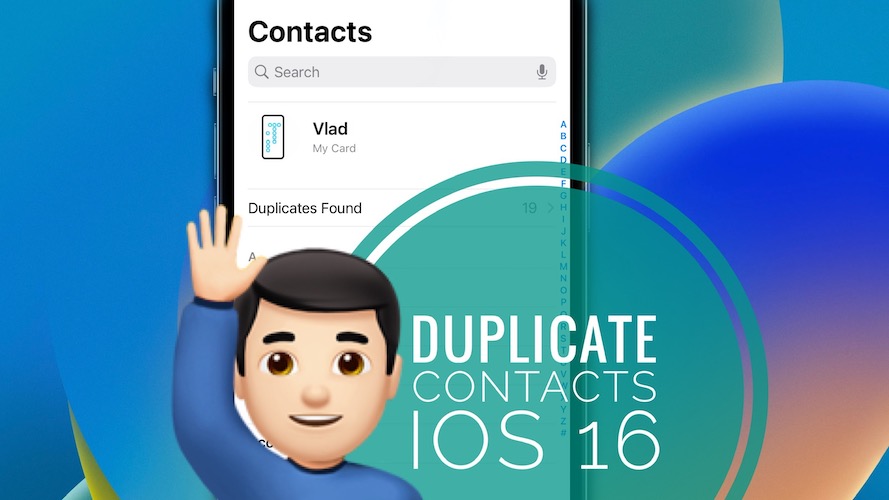 In iOS 16 you can easily fix duplicate contacts on iPhone! This thanks to a new feature in the Contacts app, that automatically detects duplicate entries and offers you the chance to quickly merge them! It’s called Duplicates Found!

How To Fix Duplicate Contacts On iPhone 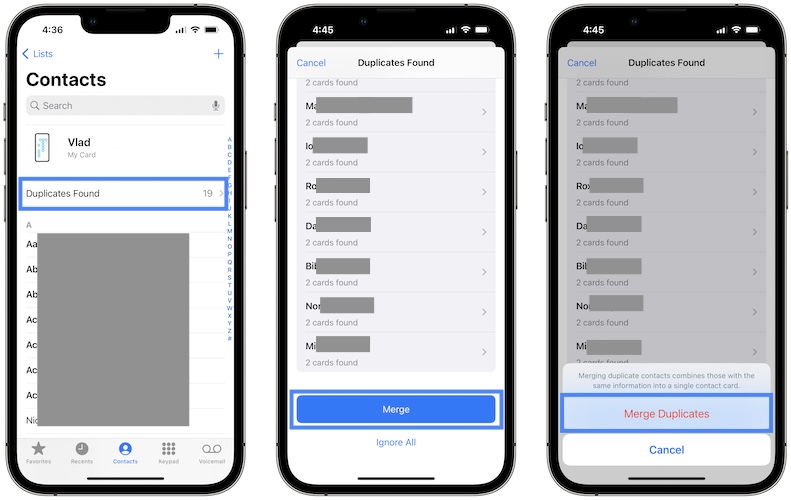 Tip: You can also merge duplicates one-by-one. Just tap an entry and you have the options to Merge or Ignore. 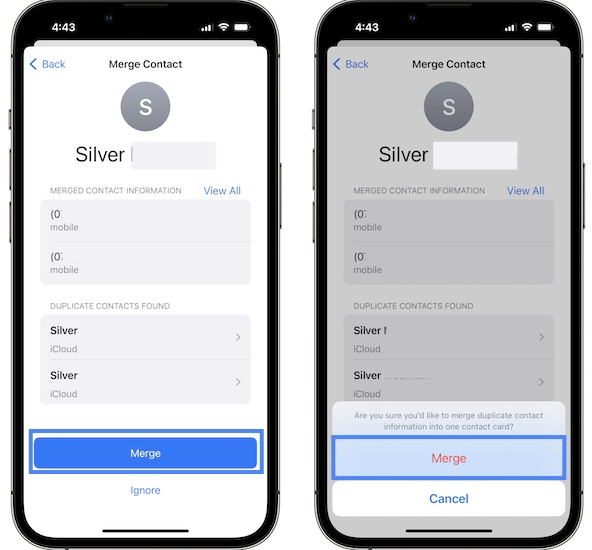 More: Sometimes you might want to have two different cards for the same contact. In this case, go for Ignore, to get rid of the Duplicates Found warning. 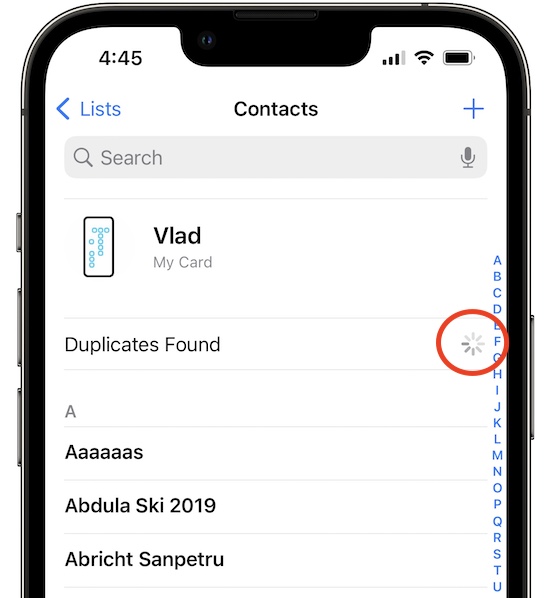 iOS 16 provides a Duplicates Found list but when you try to Merge them all, you get a spinning wheel and the merging process fails?

It’s not uncommon for the Duplicates Found feature to glitch out. We’re still in the early days of iOS 16 and the new functionality requires a bit more fine tuning.

Workaround: What you can do instead is merge duplicates individually. If you don’t have too many that should be an acceptable workaround. I did not encounter errors when merging duplicates one-by-one.

Have you managed to merge duplicate contacts on iPhone with iOS 16? Did you have many? Share your feedback in the comments!

TIL: Did you know that you can filter contacts by creation date? Here is how to!

Related: You might be interested in other iOS 16 new features too:
– How to lock Photos with Face ID
– How to add Lock Screen widgets on iPhone
– How to unsend Messages
– How to send Mail later on iPhone with Scheduled Send