How To Use iOS 10.2 Emergency SOS Feature On Your iPhone 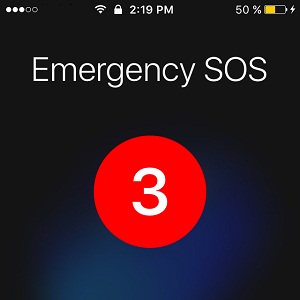 The Emergency SOS feature is now also available on your iPhone, if your device is running iOS 10.2 or later. Apple first introduced this feature on the Apple Watch, with the release of watchOS 3. Pressing & holding your wearable’s Side button for more than 3 seconds results in an automatic Emergency SOS call dialed from your wrist. The feature works in a similar way on your iOS smartphone.

However, because pressing & holding the Sleep/Wake button is a common action for many iPhone shortcuts, such as force clearing iPhone RAM memory, the Emergency SOS combo doesn’t involve this action. It’s true that pressing the Power button 5 times in a row might be harder to achieve in case of a dramatic emergency, but this way Apple is sure that people won’t accidentally trigger false alarms!

How To Trigger Emergency SOS on iPhone

As mentioned above a distress call to your local rescue services is initiated if you press, release and press again the iPhone Sleep/Wake button for 5 consecutive times. This gesture works both when your iPhone is locked or unlocked! The Emergency SOS call screen is displayed along with a 3-second countdown timer. The call is actually initiated only after the timer elapses, to allow you to cancel any accidental triggers.
Fact: The Sleep/Wake button is available on the right side of your iOS smartphone, for all iPhone 6 and newer units (excepting the SE model), and at the top of the device for iPhone SE, 5S, and older.

How To Enable Emergency SOS 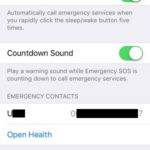 The moment you update to an iOS compatible version the Emergency SOS feature is enabled by default. However, if you test it out and the automatic distress call isn’t initiated, open Settings from your iPhone’s Home Screen. Tap on General and open the Emergency SOS options menu. Make sure that the Click Sleep/Wake to Auto Call function is enabled.
Tip: You have three seconds to cancel a test or accidental distress command. Tap the red “X” available at the bottom of the Emergency Call screen. The countdown timer is paused and an additional menu unveils from the bottom of your screen asking you to confirm the cancellation or resume the call. Tap Stop Calling to abort. 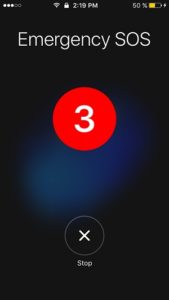 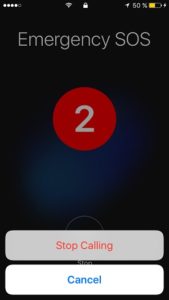 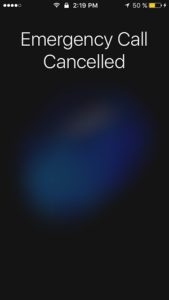 iPhone Emergency SOS Countdown Sounds
As soon as a distress call is initiated a sound accompanies the countdown. As stated above, the countdown offers you a cushion to reconsider or cancel any accidental activation. However, if the distress is real and you’re the victim of a robbery, for example, the Countdown Sound might give you away and let the robbers know that you’re dialing 911. This is why Apple allows you to disable the audio alert from the same Settings menu described above.
Fact: When enabled the Countdown Sound is playing even if your iPhone is in Silent mode.

One Response to How To Use iOS 10.2 Emergency SOS Feature On Your iPhone