How To Use The QuickTake Video Shortcut On iPhone 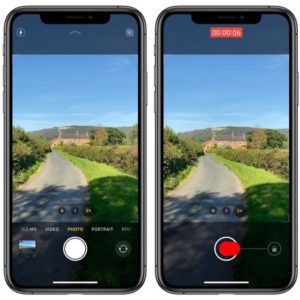 How to QuickTake videos on iPhone 11.

Starting with iOS 13, Apple has added a new feature to the stock Camera app allowing users to quickly switch between taking photos and recording videos. The shortcut is called QuickTake and is available when your iPhone’s Camera is in Photo mode. Unfortunately, the Cupertino-based tech giant has currently made the option available only on the iPhone 11 lineup and more recently, the newly releases 2010 iPhone SE. Update: iOS 14 unlocks QuickTake for iPhone XS, XS Max and XR!

QuickTake does what its name suggests, although QuickRecord might have been a more straightforward name. Whenever you’re using your iPhone to snap a picture, and something interesting happens all of a sudden, you can instantly switch from Photo mode video recording, without doing anything else, then pressing the Camera’s shutter button. 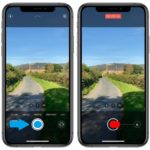 1. Open the Camera app.
2. Frame the picture using the viewfinder. Press and hold the shutter button.
3. Notice how the shutter button turns red when you hold it, signaling that a video recording is ongoing. Continue to hold for as long as you wish to record. The length of the recorded video is displayed in real-time, at the top of the screen.
4. Release the shutter button to stop the recording.
Fact: It’s the same gesture that until now was triggering the Burst mode that allows you to capture the perfect action shot. 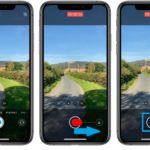 In some cases it might happen for a short video to develop into a longer scene. Holding the shutter button pressed for a long time could not be that comfortable. Thankfully there is a trick that you can apply to simplify things:
Slide the shutter button towards to lock icon (right-slide in Portrait orientation, down-slide in Landscape mode). This will lock the Camera app in video recording mode and allow you to continue the clip capture without holding your finger on the shutter button anymore. The round shutter button turns into a red square. Tap it whenever you want to stop the recording.
Tip: Use the white shutter-button available on the right-side of the video recording square if you need to snap a photo while your record the video!

Do you find the QuickTake shortcut useful? Let us know in the comments section available below.

Related: Have you ever experienced the iPhone Camera black screen problem? Here is how to fix it!