How To QuickTake Video On iPhone XS, XS Max And XR 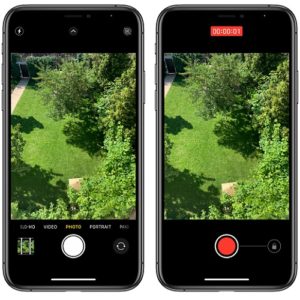 QuickTake on iPhone XS in iOS 14.

iOS 14 extends QuickTake to the iPhone XS, XS Max and XR. This Camera app feature allows users to instantly record videos from the Photo screen. All that you have to do is tap & hold the shutter button and your iPhone will start recording. Swipe-right if the video turns out to be longer to lock the video capture mode and be able to release the Shutter button while your iOS device continues filming.

QuikTake was introduced as an exclusive feature of the iPhone 11 lineup. It’s marketing utility has faded in the past couple of months and Apple is now ready to unlock it for the 2018 iPhone models too. If you’re an owner of an iPhone XS, XS Max or XR model, you will automatically enable QuikTake for your device as soon as you update to iOS 14.

Important: At the time of writing, iOS 14 is in its early beta testing stages. The 14th iOS generation is scheduled to be publicly released this fall, alongside the iPhone 12 flagships. We’re currently testing it and you can do it too, with the help of our iOS 14 Developer Beta tutorial.

How To QuickTake Video On iPhone 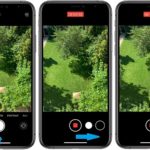 As long as you own a compatible iPhone you can easily QuickTake by following these simple steps:
1. Open the Camera app and the Photo mode opens up as default.
2. Tap & hold the Shutter button to start recording.
Tip: Slide-right to lock the recording mode and continue filming while releasing your finger from the Shutter.
3. Release when ready. If you had a longer recording and used the lock mode, tap the ‘Stop’ button to end.

Fact: The iPhone Camera QuickTake feature is also available for the 2nd generation iPhone SE released in the spring of 2020.

Quick Toggles In Video Mode For All iPhones 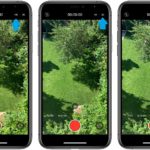 iOS 14 expands one more feature that was exclusive to the iPhone 11, 11 Pro and 11 Pro Max from launch date. I’m talking about the quick toggles for easily changing video resolution directly from the Video mode of the Camera app.
Until now, users had to browse for the Settings app -> Camera -> Record Video to change the capture format.
How To: After you update to iOS 14, you’ll find the quick toggles in the upper-right corner of the Camera Viewfinder, when in Video mode.
Tap on the video format to switch between HD and 4K and on 30 or 60 to change the frame rate.

Do you find the QuickTake feature useful? Are you using it often? Let us know in the comments section available below.

Related: iOS 14 brings lots of new features to the iPhone. Some of the key ones include the spectacular Home Screen widgets, the Sound Recognition Accessibility feature and more. However, there are plenty hidden new enhancements like Emoji Search, the ability to rename a paired Bluetooth device and others. Do check out or complete collection of iOS 14 new features here.