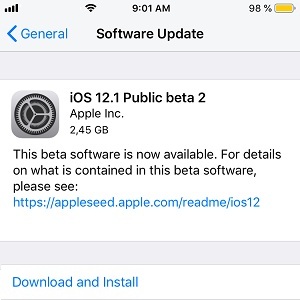 iOS 12.1 will be the first major software updated of the 12th iOS generation. The upcoming version is currently available for public beta testing, which means that you can jump the gun and download it on your iPhone or iPad right now. What you need to be aware of though, is that a beta version is more likely to include a series of bugs too so be prepared to accept them or else refrain from updating.

iOS 12.1 is a significant software update because it plans to introduce a series of features that have been announced for iOS 12 but haven’t been ready for launching a few weeks ago when the 12th iOS generation premiered. I’m talking about Group FaceTime, eSIM support and Real-Time Depth Control. On top of that, as usual, Apple plans to add a series of new emojis along iOS 12.1, around 70 of them it appears. 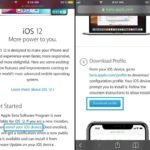 How To Install iOS 12.1 Public Beta On iPhone And iPad
If the above features convinced you to try out the public beta, here is a step-by-step tutorial about how to do it:
Important: Before starting please perform a full backup of your iPhone via iTunes or iCloud!
1. Sign In the Beta Apple Software website. Tap here. Type your Apple ID log-in details.
2. Scroll down until you reach the “enroll your iOS device” option. Tap it.
3. Download the iOS 12 Profile by selecting Download Profile. Select the device that you’re installing the profile on. 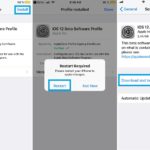 4. Next, confirm that you want to grab the profile by selecting Install from the top-right corner. Agree with Apple’s terms and the profile is downloaded. Also agree to reboot the iPhone / iPad for the changes to take effect.
5. Tap on Settings -> General -> Software Update.
6. iOS 12.1 Public Beta version is found and displayed. Tap Download and Install to begin the update process. Follow the usual steps until iOS 12.1 Public Beta is running on your iPhone or iPad.

Fact: For more details about the new features available in iOS 12.1 tap here.