How To Use The iOS 12 Group FaceTime Feature 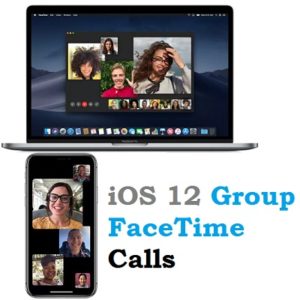 FaceTime goes to the next level in iOS 12! We can now finally perform audio and video calls with multiple contacts in the same time. FaceTime doesn’t have to be a duet anymore, you can add up to 32 people in Group FaceTime calls and create spectacular video conferences with your loved ones. More, not everyone has to own an iPhone! Users can join in using their iPads, Macs, Apple Watches and even HomePods, thanks to iOS 12, macOS Mojave and watchOS 5.

This is a much awaited change and everything that you have to do in order to be able to use it is to update to iOS 12. The 12th iOS generation is currently in its beta testing phase, but it will be rolled out to the general public in early September.

How Does Group FaceTime Work
Initiate a FaceTime call from the built-in app as you regularly do and the start adding people. New contacts can be added at any time!
In a Group FaceTime call all participants are displayed in a tiled view on your Apple smart device. The tile size is adaptable, because iOS 12 is able to recognize the person that’s speaking and emphasize it to bring that contact in the spotlight.
Tip: You can also select the person that you want to emphasize by double-tapping its tile!

Supported Group FaceTime Devices
As mentioned above you can join an iOS group video call from an iPhone, iPad, Mac, Apple Watch and HomePod, as long as they run iOS 12, macOS Mojave and watchOS 5 or later!
Important: because of obvious hardware restrictions the watchOS device can only engage in audio FaceTime calls! The same applies for the HomePod.

More iOS 12 FaceTime Changes
Other interesting facts about the new group video call feature available on your iPhone are: