Posted in News by Patricia on September 4, 2022 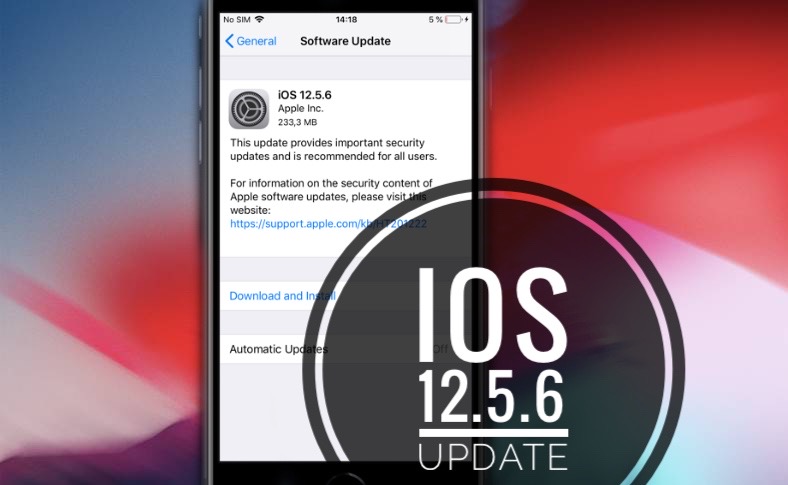 Apple has recently released iOS 12.5.6 update with a security vulnerability fix for older iPhone models. It’s the same issue that Apple patched in iOS 15.6.1. This update aims to keep older devices as secure as the current ones. 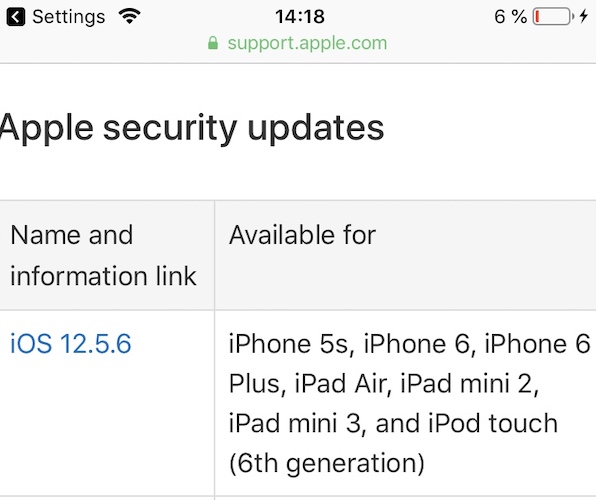 All these devices aren’t compatible with iOS 15 and thus need their own iOS 12 release to keep up the pace with security fixes, as Apple continues to patch vulnerabilities for older model devices.

How to: To update your device open Settings -> General -> Software Update and allow your iPhone to search for iOS 12.5.6. 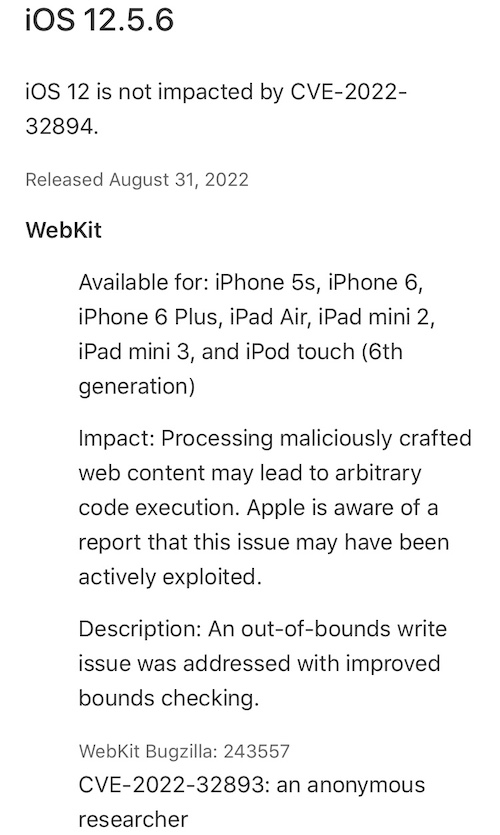 According to Apple’s support document this update patches a WebKit vulnerability.

Tip: This vulnerability might have been actively exploited in the wild, so Apple recommends you to update as soon as possible.

Don’t expect any other changes with this update. It’s strictly a release that addressed the above mentioned security flaw.

No new features are included!

Any problems encountered after updating to this release are listed below:

Have you updated? What’s your feedback? Did you encounter any problems? Use the comments section to ask for guidance.

Related: iOS 16 is about to be released to the general public. Check out all the new features here!