iOS 12 Shortcut For Playing Music From Spotify Via Siri 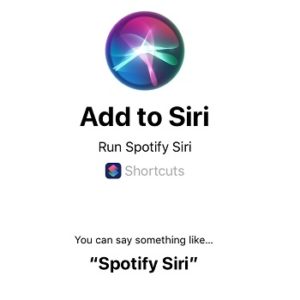 If you haven’t converted to Apple Music and are continuing to be a loyal Spotify customer, you will surly find this shortcut helpful! Starting with iOS 12, Apple has introduced the Shortcuts app to the iPhone and iPad. This new software allows users to automatize various usage patterns and spare time when using the iPhone for various tasks. A few days ago, I shared with you a shortcut that allows you to scan the bar code of a product and search for it on Amazon, with a single tap or voice command.

Now, I’m providing you one more shortcut that allows you play music from the Spotify app with the help of Siri, breaking the Apple Music monopoly. As you might already know Apple’s virtual assistant only supports voice commands for playing songs from Apple Music. Siri replies with a dire message informing you that “I can’t play from Spotify.” if you ask her for this favor. Nevertheless, there is a workaround that will please all of you Spotify fans!

How To Ask Siri To Play Music From Spotify 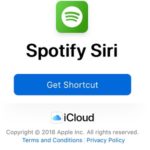 Before we start please make sure that you have the Shortcuts app (download link) installed on your iPhone or iPad. Of course, that you also need Spotify for iOS.
1. Download the Spotify Siri shortcut available here. Tap “Get Shortcut” to save it in the iOS app with the same name.
2. Open the Shortcuts app and tap the “three dots” available in the top-right corner of the “Spotify Siri” label to open the edit menu of this specific shortcut.
3. Tap the Settings icon available in the top-right corner. 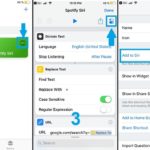 4. Hit Add to Siri and record a phrase that will activate this shortcut. You can use “Play Spotify”, for example.
5. Tap “Done” to save the phrase. Followed by “Done” and “Done” again to save your changes of the “Spotify Siri” shortcut.
6. Now just wake Siri, using Hey Siri and speak out “Spotify Sirisp”.
7. Siri runs your shortcut and you’re asked to dictate the artist or the title of the song that you want to hear. The music will be opened within the Spotify app!

Related: Do you know that you can wake Siri from your Apple Watch without touching the Digital crown or using Hey Siri? watchOS 5 brings Raise to Wake to your wrist!