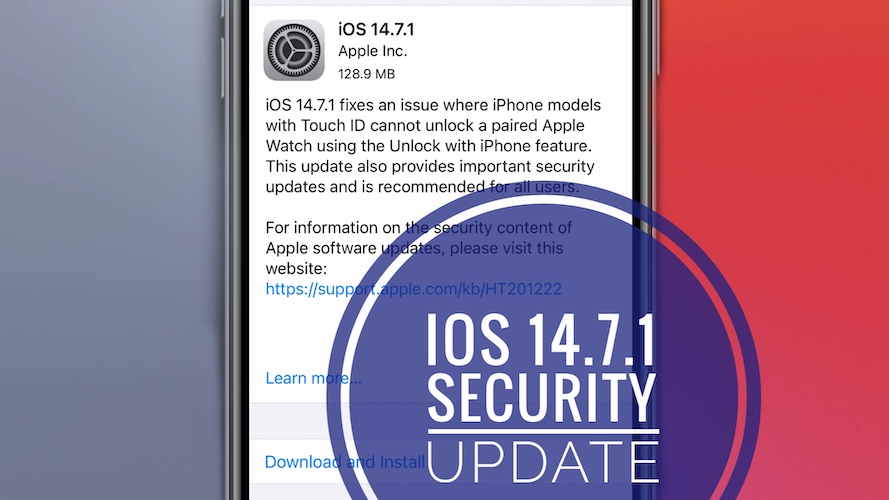 Apple has released iOS 14.7.1 build number 18G82, with a fix for the unlock Apple Watch with iPhone bug! It’s a minor but very important update because it also includes a patch for a Security Vulnerability that might have been actively exploited in the wild.

iOS 14.7.1 has been pushed exactly one week after the rollout of iOS 14.7 and is most likely one of the last updates before the public release of iOS 15, expected this fall. 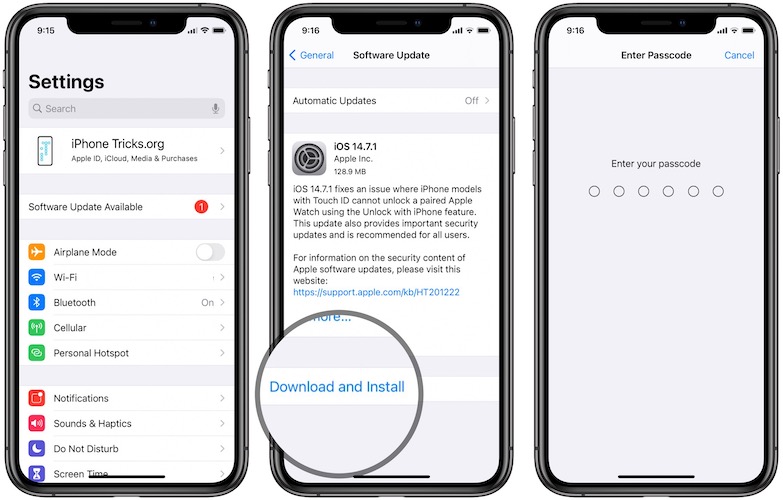 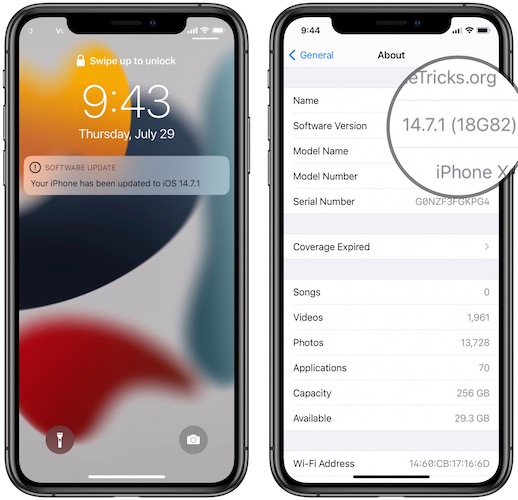 According to release notes there aren’t any new features included in this update. Apple confirms that an issue is fixed “where iPhone models with Touch ID cannot unlock a paired Apple Watch using the Unlock with iPhone feature.”

The release notes also mention “important security updates” which means that all users are recommended to update.
According to a new support document that addresses the security content of iOS 14.7.1 an IOMobileFrameBuffer vulnerability could have been exploited by an application that could have been able to execute arbitrary code with kernel privileges.

Fix: The security vulnerability caused by a memory corruption issue, has been patched by improving memory handling.

No new bugs have been reported for iOS 14.7.1 yet.
If you encounter any issues after updating don’t hesitate to use the comments section and share your feedback.
We will try to replicate and fix any problems.