Unlock Apple Watch With iPhone Not Working In iOS 14.7? 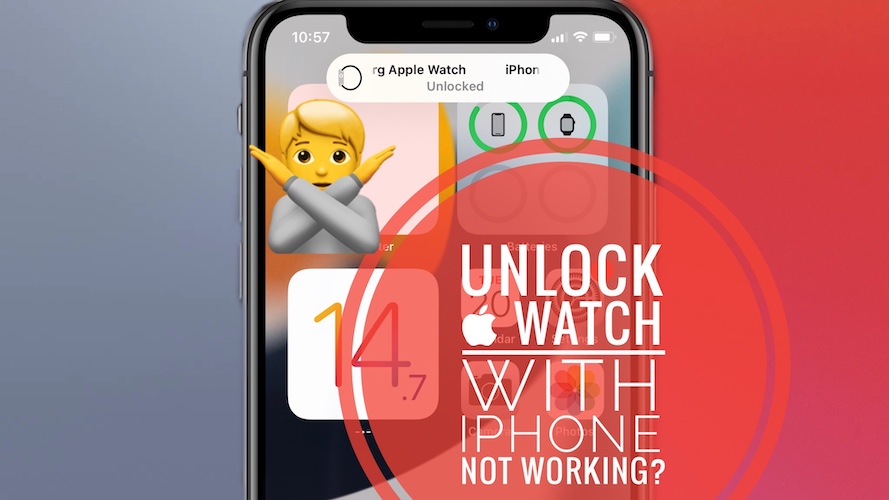 Is Unlock Apple Watch with iPhone not working since you updated your iPhone to iOS 14.7? You’re not the only one. This new iOS 14 bug that has managed to pass under the radar during the iOS 14.7 beta testing stages and affects mainly iPhones with Touch ID.

How To Fix Unlock Apple Watch With iPhone Not Working 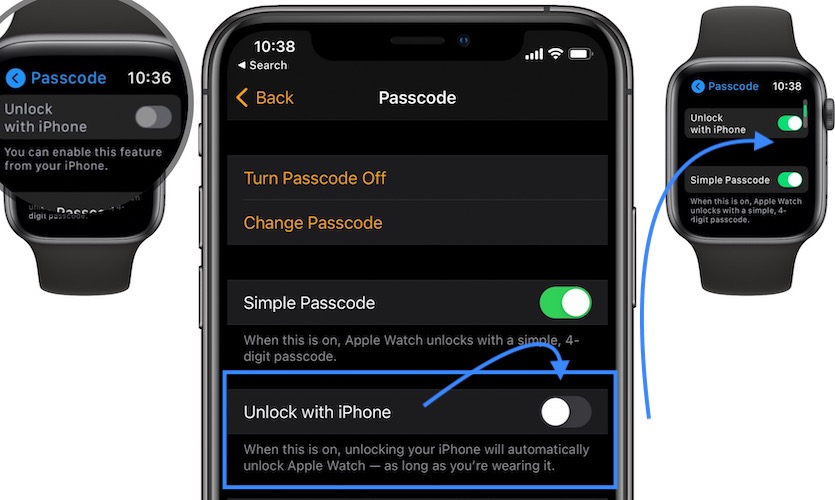 Apple has acknowledged the Unlock with iPhone issue and has provided a simple workaround in a new support document.

Their ‘temporary fix’ requires the user to manually unlock your Apple Watch with its Passcode. Basically, that’s unlocking your watchOS device the traditional way.

Fact: If you haven’t used the Passcode in a while and have forgotten it, your only option to unlock it is by resetting the Apple Watch and configuring a new Passcode.

Tip: Use the Simple Passcode option to use an easy to remember 4-digit Passcode for your watchOS device!

If your watchOS device is paired to an ‘work iPhone’, that has a Mobile Device Management (MDM) profile installed on it, it might require an alphanumeric passcode.

In this case you won’t be able to type letters from the passcode directly on your Apple Watch. Here is what you can do: 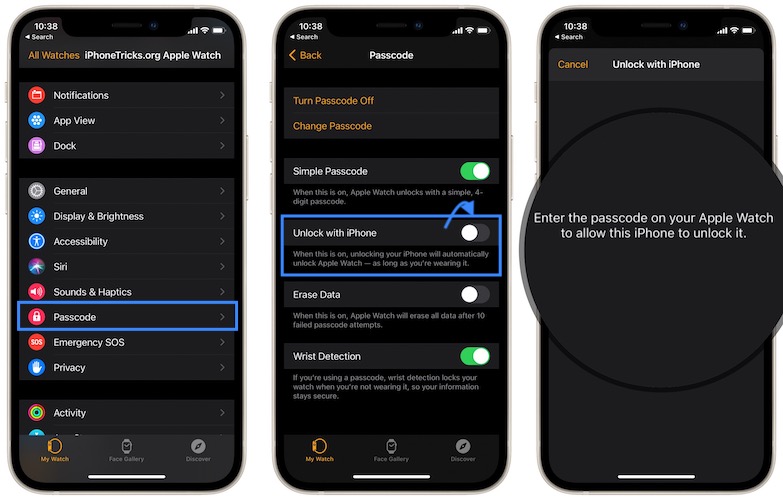 Double-check to see if you haven’t accidentally turned-off the unlock Apple Watch with iPhone setting:

Fact: You do have to wear the Apple Watch on your wrist for this feature to work!

Apple confirms that the Unlock Apple Watch with iPhone bug will be fixed in an upcoming software update. This means that the Cupertino-based tech giant is planning to push a minor iOS 14.7.1 release soon.

Update (July 26): As expected, Apple has released iOS 14.7.1 with a fix for the unlock with iPhone bug as well as other security improvements!

Are you also encountering the Unlock Apple Watch with iPhone not working issue since updating to iOS 14.7? Did you manage to find a better workaround. Use the comments section and share your feedback.