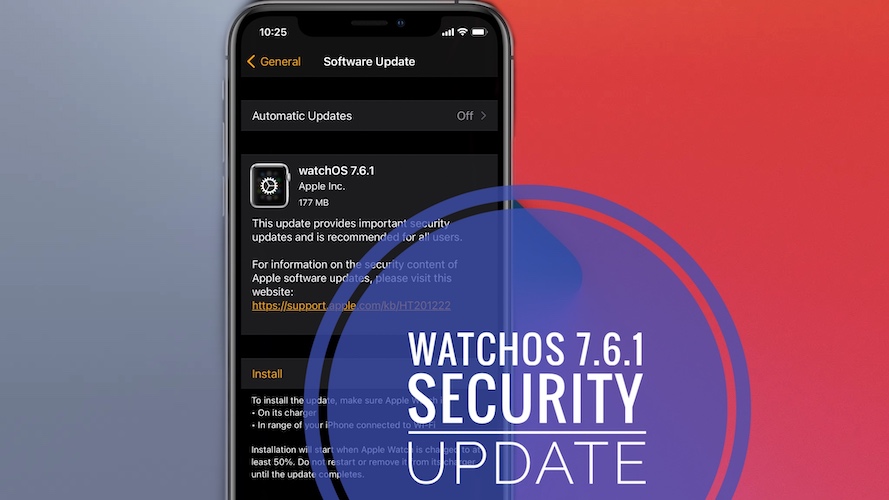 Apple has released watchOS 7.6.1 build number 18U70, alongside iOS 14.7.1 and macOS Big Sur 11.5.1 with a security fix for a memory issue that might have been actively exploited in the wild. This means that you should updated as soon as possible to patch this potential vulnerability.

watchOS 7.6.1 is available over-the-air as soon as you update your iPhone to iOS 14.7.1. We’re deailing with a minor update that doesn’t include any other new features. It could be one of the last watchOS 7 iterations. watchOS 8 is currently being beta tested and expected to be released this fall! 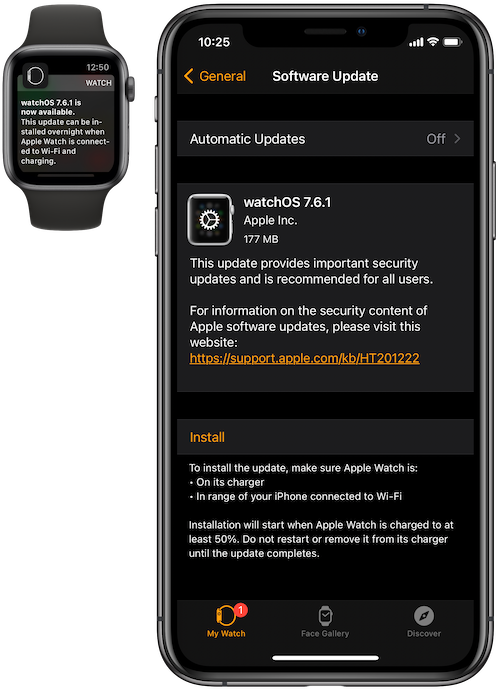 Fact: Apple Watch has to be connected to the MagSafe charger, nearby the paired iPhone and connected to Wi-Fi. The installation phase only starts when the wrist-worn gadget is charged to at least 50%.

No serious bugs have been reported so far!

Have you updated to watchOS 7.6.1? What’s your feedback? Use the comments section to share any issues or hidden new features that you discovered!

Related: How to install watchOS 8 Public Beta on Apple Watch!