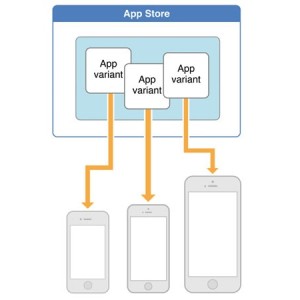 The much awaited App Thinning feature promised by Apple during WWDC 2015 is finally available for all its iOS devices. The system can be used if your gadget runs iOS 9.0.2 or later and is probably a “lame” excuse for maintaining the entry 16 GB storage capacity for the newly released iPhone 6S units. However, no matter how much Apple insist on how much efficient its firmware has become, providing such a low storage space is inexcusable, especially with the introduction of 4K video recording. A format that eats up around 700 MB per each minute recorded.

Nevertheless, this article is about something else and I’ll turn my attention to it. What is App Thinning you might ask?! Well it’s Apple’s new technology for freeing up storage space on iPhones, iPads and iPod touches. Until now applications where coded and installed to fit the entire range of iOS gadgets. With App Thinning \ Slicing you only download and install that part of the software that is suitable for the device in question. Meaning that if you have an iPhone you won’t also install the components that help the app accommodate on an iPad or iPod. This reduces the size and frees up storage.

Fact: App Slicing goes as far as providing model specific downloads. Which means that if you have an iPhone 6S you’ll download the app including 3D Touch support, but avoid bulking up with data specific to the other smaller screen iPhones and their properties. 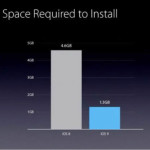 App Thinning was advertised together with iOS 9! However, it only became available a few days ago because of an iCloud Backups bug, that prevented apps from being successfully recovered. To take advantage of this new feature you have to upgrade all the way up to iOS 9.0.2, which is currently the latest downloadable version for the general public. Now, we also have to wait for third-party developers to update their apps and code them in harmony with this new system. One could spare up to a few gigs of storage when App Slicing will be available for every software.

Tip: The fastest way of implementing slimmer apps on your iPhone is by updating apps to their latest version, as soon as the App Store badge alert prompts you about a available update!

Fact: iOS 9 is itself the first storage saver. According to apple your iPhone eats only 1.3 GB for accommodating the 9th iOS generation while the previous version was hosted on 4.6 GB.

The issue affecting app slicing has been fixed, and device-specific versions of apps will be delivered when downloaded by users running iOS 9.0.2 or later.