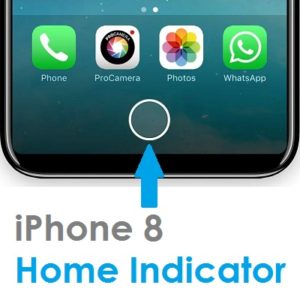 The iPhone 8 will be the first Apple smartphone that won’t feature a physical Home button. A transition that started with the iPhone 7, that replaced the classic button with a solid-state one, equipped with a taptic engine that simulates traditional pressing with the help of haptic feedback. The 10th anniversary iOS device features and edge-to-edge OLED display, thus there is no more need for a physical Home button.

However, we expect the iPhone 8 to feature a digital button that would take over the functionality of the traditional Home button. According to leaks uncovered in the HomeKit firmware, the digital controller will be positioned in the same area of the old Home button and will be labeled Home Indicator. It’s expected that this virtual button to only become available when the lower area of the display is tapped. It will remain hidden the rest of the time to provide a seamless edge-to-edge display. 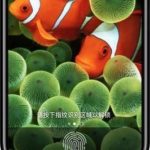 Although Apple’s plan was to include the fingerprint reader under the display under the former Home button, it seems that the Cupertino-based tech company hasn’t managed to find a reliable solution in time for the iPhone 8 mass production. This means that the Home Indicator will borrow all but the Touch ID feature from the traditional iPhone Home button.
Fact: It’s unclear yet if the fingerprint reader will be re-positioned towards the back of the phone, or if Apple will completely replace Touch ID with Face ID, a revolutionary face scanning technology used to unlock the iPhone 8 within milliseconds. 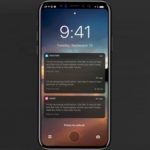 Waking iPhone Screen
With no physical Home button the way you light up the iPhone’s screen also changes. A feature like Raise to Wake, borrowed from the Apple Watch and introduced in iOS 10, will be highly appreciated.
Leaks expect Apple to introduce a Tap to Wake functionality used by other smartphone developers like Samsung. I’m expecting that tapping the screen to light up the display will also unveil the Home Indicator, which should auto-hide when no longer used for a predetermined period of time.