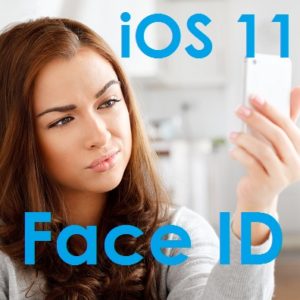 The iPhone X leaks and rumors about the upcoming Apple flagship have been confirmed! Perhaps the most important new addition is the Face ID feature, code named ‘Pearl ID’ by Apple’s in-house developers. The Cupertino-based tech giant claims that this new iPhone X authentication method is 20 times more secure than Touch ID. It seems that only one out of a 100,000 faces can bypass the Face ID, while the likelihood of the same thing happening with the fingerprint reader was 1 in 50,0000 attempts.

In the past few months we’ve informed you that the iPhone X’s edge-to-edge OLED display leads to the disappearance physical Home button. The bezel-free iPhone uses a digital Home button instead. However, technology limitations seem to have forced Apple to ditch the Touch ID authentication method. That’s because they couldn’t find a solution for fitting the fingerprint reader underneath the OLED screen. Touch ID is one of the most used features while handling an iPhone simply because it’s an easy and safe way of unlocking the device. It was a giant step forward when it replaced the Passcode screen. Now, it seems ready to hand over its functions to the new Face ID technology! 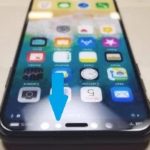 What Is Face ID?
Apple engineers had to find a way to replace the Touch ID functionality without altering user-friendliness. Initially it was rumored that the fingerprint sensor would be relocated within the Power button, or towards the back of the iPhone X. However, they came up with a new game plan and have decided to use facial recognition to unlock the new iPhones. A new 3D sensor has been embedded in the already ‘famous’ cutout, centered, at the top of the display of the iPhone X, will be able to scan the user’s face within milliseconds and unlock the device.
Tip: Here is how to configure Face ID in iOS 11! 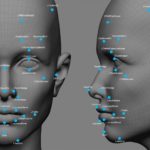 Face ID Reliability
According to specialists, the Face ID feature is even more precise than Touch ID. It will use over 17 facial comparison points to determine if the owner is aiming to unlock the device. More, it seems that Apple’s revolutionary facial recognition technology will be able to scan the user’s face even when the smartphone is at an angle. This means that you don’t have to stare at your device to unlock it. The facial scanning process starts the moment you pick up your iPhone and completes within milliseconds to provide a seamless experience. 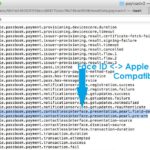 Face ID Apple Pay Compatibility
Apple Pay and Touch ID have gone hand in hand over the past years to easily and securely validate payments for iPhones and iPads. As imagined, the iPhone X facial recognition system is able to authenticate payments and assume even this function from the fingerprint reader. No matter if you plan to purchase an app in the App Store or media in iTunes a blink at your iPhone is enough to validate a purchase.

Face ID & Third-Party Apps
Pearl ID will even be available to third party apps. For example, instead of using your fingerprint to log-in to your PayPal account, via PayPal’s iOS app, it will be enough to take a look at your iPhone X and confirm that you’re the legit user of the popular online payment processor.

Face ID With Multiple Faces
Touch ID allows users to set up multiple fingerprints, thus making the iPhone usable by two or multiple individuals. What happens to Face ID you might ask? Well, Apple engineers have thought about this too and have coded the system to be able to save multiple faces as being able to unlock the device. Most likely the software will work similarly with the Touch ID interface. You will be able to add multiple faces from the iOS 11 Settings app.

Face ID Backup System
Being a first generation technology we can expect that the iPhone X facial recognition system might have its hiccups every now and then. For this scenario, and for cases when the 3D sensor might become defective the Passcode screen will be able to save the situation, the same way it does in case your finger is greasy and Touch ID fails to authenticate your print several times in a row.
Fact: We also expect that the user’s Passcode will be required every time the iPhone restarts, before Face ID is enabled for unlocking.

Update: This article has been updated on September 13, one day after the iPhone X keynote and contains all the new info available about this revolutionary iPhone authentication method.