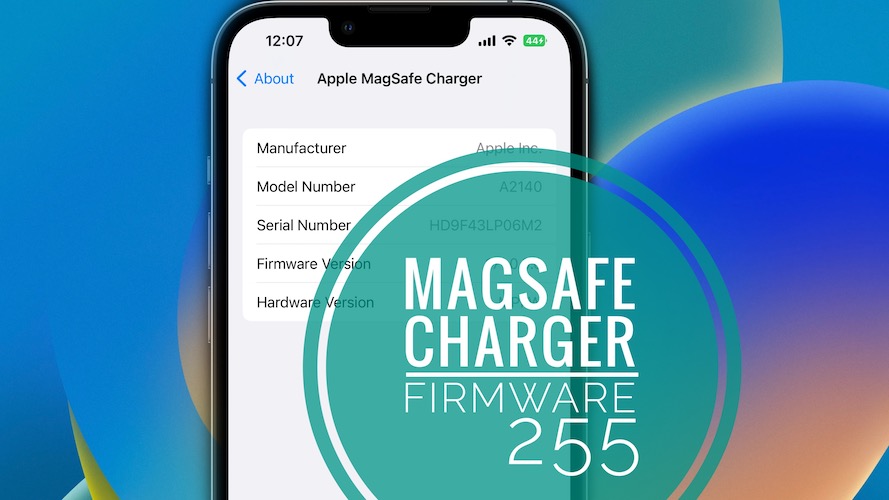 Fact: A series of iPhone 14 users have complained that their new devices are overheating faster than previous models during MagSafe charging and that the charing process is often paused to allow the phone to cool down!

Credits: This update has been spotted by Macrumors.

How To Update MagSafe Firmware 255

To force the update place your MagSafe compatible device (iPhone 12 or later) on the charger and keep it connected to the Internet while charging.

If your wireless Apple charger hasn’t upgraded yet, you might try to remove the case from your iPhone while charging.

According to Victor, this is the trick that unlocked the firmware 255 update.

How To Check MagSafe Charger Firmware

To see if your charger has updated to the most recent 255.0.0.0 firmware, proceed as follows:

Not owning an Apple MagSafe charger yet? You can grab one now at a discounted price from Amazon (Save 5%)!

Disclaimer: iPhoneTricks.org has an affiliate partnership with Amazon. If you purchase a product after clicking the above links, we will receive a small commission that helps us covers website costs. The final price of your product isn’t influenced by this incentive!

Has your MagSafe charger updated to firmware 255? Do you notice any improvements? What iPhone model are you using. Are the AirPods Pro 2 charging as expected? Share tour feedback in the comments.

Related: Is your Apple MagSafe charger genuine? Here is how to check it out.