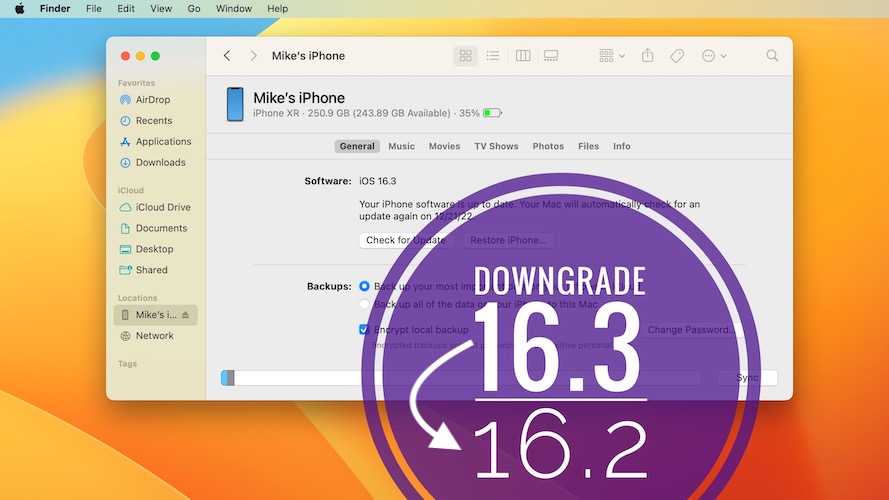 Beta 1 has been released a few days ago and we don’t expect the next beta sooner than January 2023. This means that you will have to stick with an early beta for up to 3 weeks.

If you’re not happy with the early iOS 16.3 performance and are using one of your main devices you might consider downgrading to the most recent public release!

Besides a computer and the connection cable you also need the iOS 16.2 ipsw file, downloaded on your Mac or Windows device.

You can grab it from tracking websites like ipsw.me (direct link). Select your iPhone or iPad model and download the firmware file that’s most recent and still signed!

If you aren’t happy with any of the 16.x available versions you can revert as far back as iOS 15.6 RC! It’s a stable iOS 15 version that provides good battery life and a low amount of bugs!

Have you managed to downgrade iOS 16.3 on iPhone or iPad? To which iOS version did you revert? Which have been your main reasons. Do you have any questions? Share your feedback in the comments!

Related: Check out our list of all issues reported for iOS 16.2 along with their available workarounds!