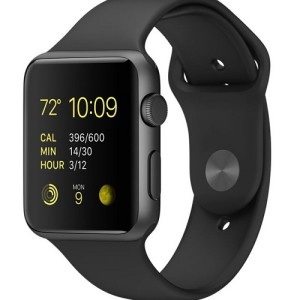 The first figures for Friday’s, April 10, Apple Watch pre-order sales are out and Slice Intelligence estimates that the Cupertino-base company has sold almost 1 Million smartwatch units, on the U.S. market, within the first 24 hours! With an average of around $500 spent per purchase, Apple easily managed to cash in half a billion dollars, during its first Apple Watch Friday!

More than that, they claim that the Black Sports Band is currently the most popular strap purchased by Apple fans. It’s also approximated that over 70% of buyers have opted for the large 42 mm case, in favor of the smaller 38 mm version, while the Spacey Gray aluminum version tops the case model chart with 40% of selections. 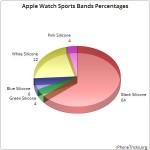 The dark colored silicone strap is the most sold Apple Watch strap, gathering 28% of the total band sales and 64% from the Sports band series. This doesn’t come as a huge surprise for us because of two important facts:
1. Color – Black is a neutral tone that can be assorted with any other color. This spares you from needing additional bands every time you switch between outfits, cutting your costs and spearing you from losing time with changing bands!
2. Pricing – The reduced costs of the Apple Watch Sports is also a crucial factor that lead the majority of people to purchase the black silicone band. 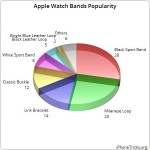 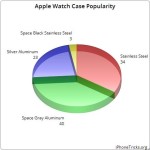 When it comes to cases, there is not surprise again that a Sports Watch case is the most popular, within pricing being the main contributor. It seems that buyers have made a compromise to opt for the less expensive material and save money, while spending $50 more to grab the bigger size display. Around 71% of sales wen’t for the 42 mm version.
However, it’s a surprise for me that most fans selected the Space Gray color as their preferred casing tone. I personally went for the Silver Aluminium case, simply because, in my opinion, the black band + dark case is a downcast combo, which makes the Watch dull. 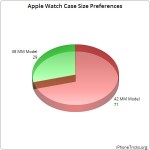 It’s also true that the black sports band could be ordered only together with the Space Gray Aluminium case, thus forcing you to purchase an extra band if you would like to go for Silver Aluminium and Black Sports Band combo. An other option would be to attempt to switch your bands with a compatible Apple Watch user!

Update (April 22): Recent reports claim that Apple has sold worldwide over 3 million Watch units, only during this pre-order period.