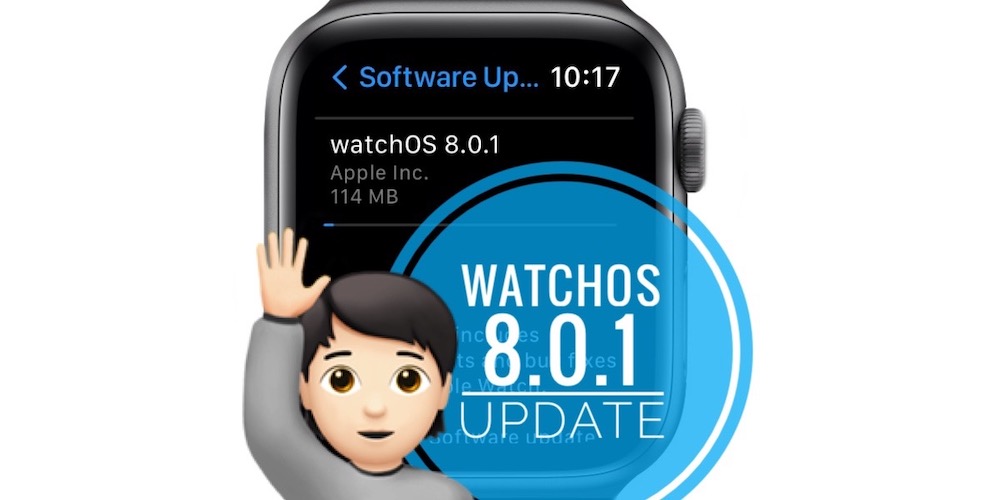 Apple has released watchOS 8.0.1 build number 19R354, with bug fixes and improvements for all compatible Apple Watches. This is the first update since the release of watchOS 8, three weeks ago. It’s a minor software update that focuses on Apple Watch Series 3 issues! 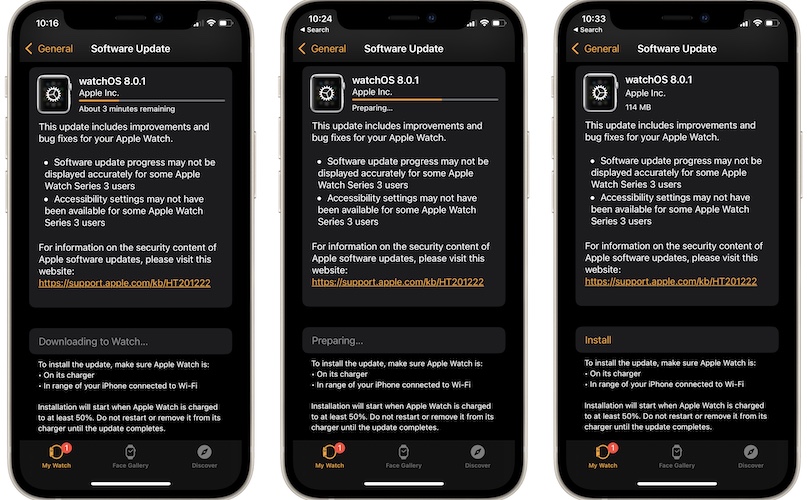 As usual, this update is available over-the-air in the Watch app on the paired iPhone:

Tips: Apple Watch has to be attached to the MagSafe charger and nearby the paired iPhone. Both devices have to be connected to Wi-Fi. The installation starts when the watch has at least 50% battery charge.

Fact: The watchOS 8.0.1 update file is 114 MB large. Size might differ depending on AW model and the watchOS version that you’re updating from. 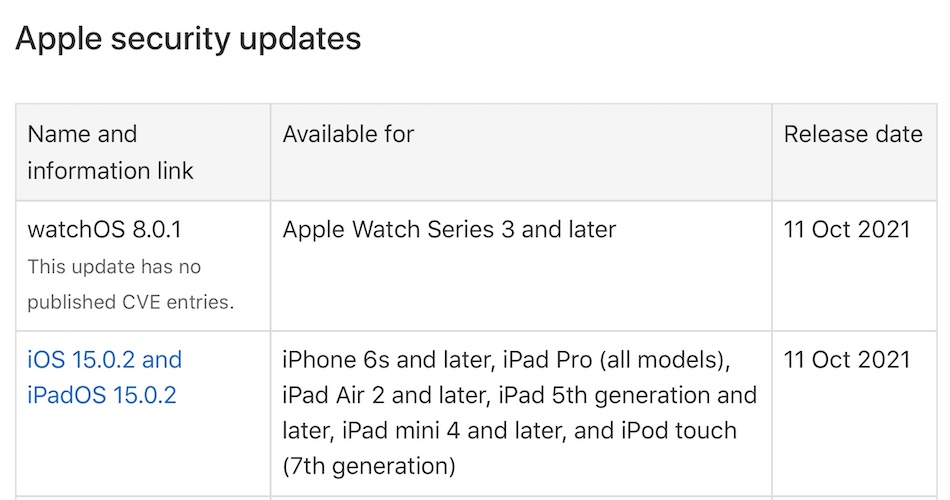 Fact: Apple also mentions that security content for this update is provided on its support website. However, as seen in the screenshot provided above, this update has ‘No published CVE entries’. 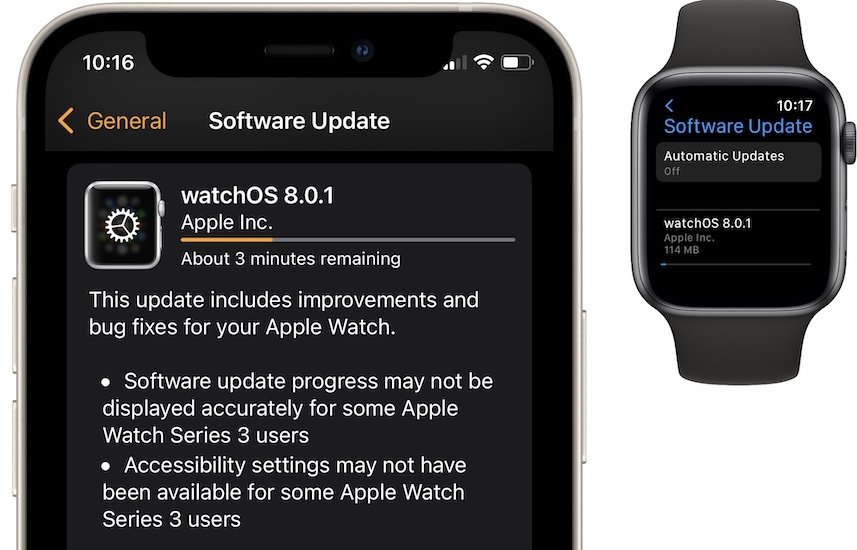 Two issues have been patched in this release, including:

Other day-one watchOS 8 problems covered by us are listed below. Can you confirm a fix for any of them?

Apple doesn’t mention any new additions in this release, however minor changes might be available. Do let us know if you notice anything new and we will update your findings here.

Have you updated Apple Watch to watchOS 8.0.1? Did you spot any changes not mentioned in this article? Use the comments section and share your feedback.

Related: iOS 15.0.2 and iPadOS 15.0.2 have also been released for all compatible iPhones and iPads!.

6 Responses to watchOS 8.0.1 Bug Fixes And Improvements For Apple Watch