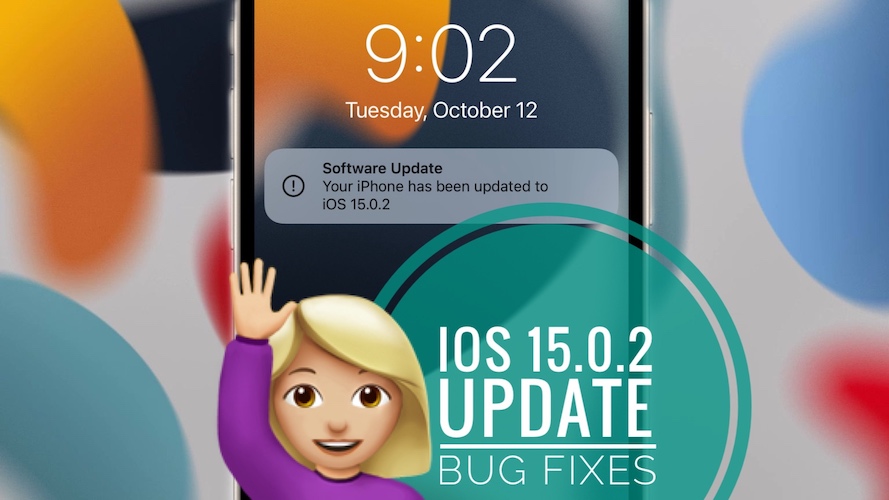 Apple has released iOS 15.0.2 build number 19A404, with bug fixes and security updates for all compatible iPhones. This release comes exactly one week after the rollout of iOS 15.0.1 and patches a series of issues that have surfaced since the public release of iOS 15! 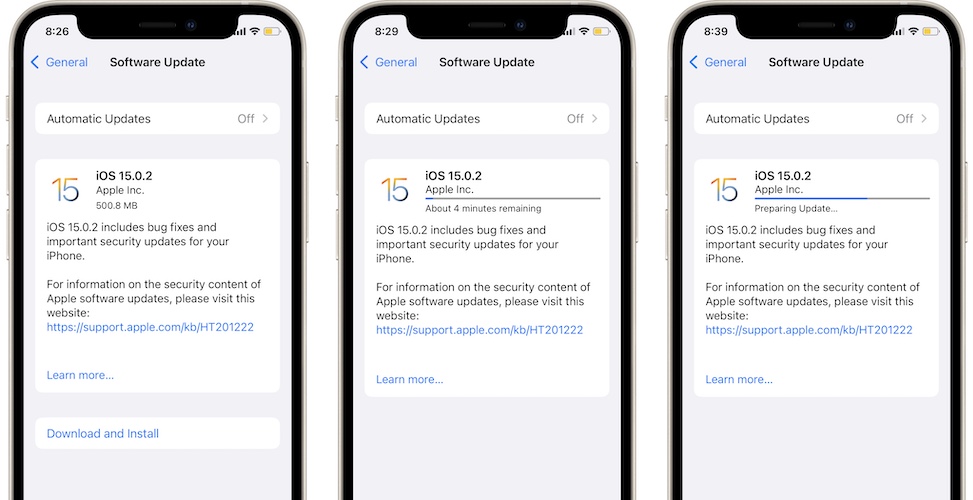 Fact: The iOS 15.0.2 update file is 500.8 MB large. Size varies depending on iPhone model and the iOS version that you’re upgrading from. 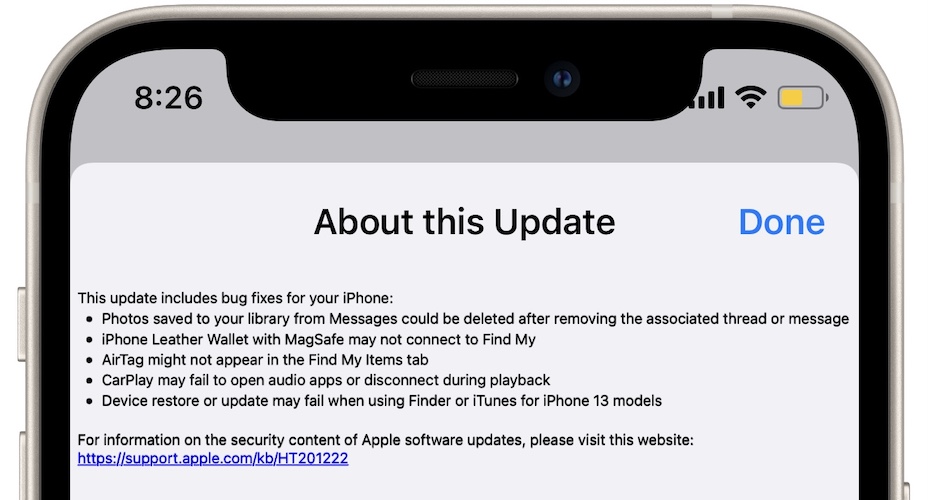 Apple informs that this update ‘includes bug fixes and important security updates’ for your iPhone. The complete list of the issues fixes is available below, in the bug fixes section. 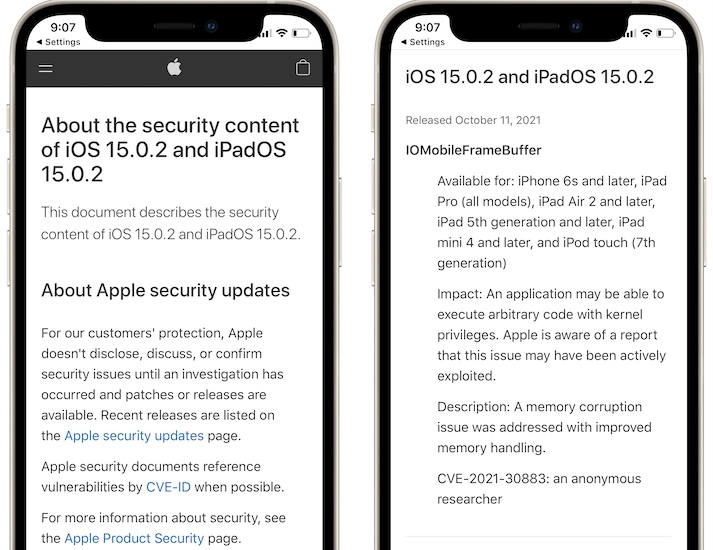 Fact: To check the security content of this update, use the screenshot uploaded here or visit Apple’s support website!

Besides the problems reported as fixed in the release notes, over the past few weeks, we’ve covered a bunch of day-one iOS 15 problems. They’re listed below as we’re testing them out to see of they’ve been fixed in iOS 15.0.2 even though they were not mentioned in the update log:

Are you experiencing new issues in iOS 15.0.2? Use the comments section to mention them. We will replicate them and try to find workarounds. A list has been opened here:

Apple doesn’t mention any new features in the release notes. However, minor changes might still have passed under the radar. If you spot anything new please use the comments section and let us know. We will update all changes here:

Have you updated iPhone to iOS 15.0.2? Did you spot any other changes not mentioned in this article? Use the comments section to share your feedback.