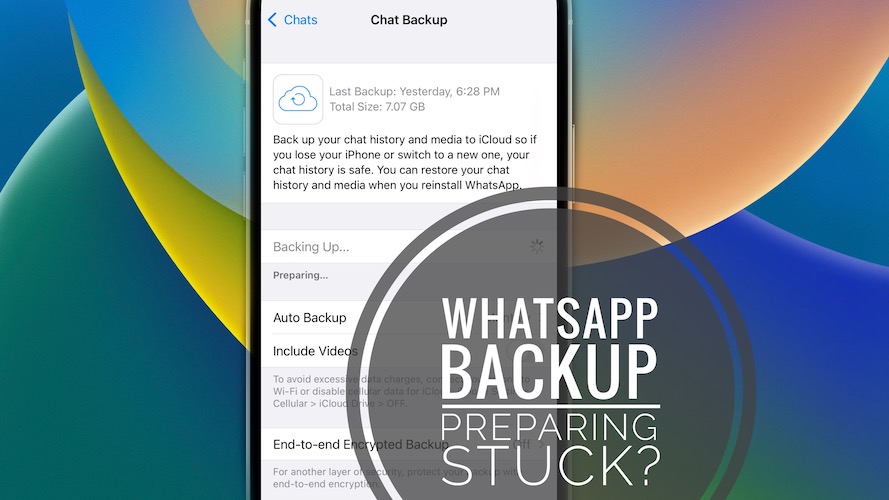 WhatsApp backup not working after iOS 16.2 update? It’s stuck on Preparing…? You’re unable to back up Chats to iCloud? The spinning wheel goes on forever and the Backing Up status never changes?

This issue has been reported by Fatima:

We can replicate the problem and have found similar complaints on Apple’s Discussion forums:

“I can’t backup WhatsApp to my iCloud !”

How To Fix WhatsApp Backup Stuck On Preparing

Apparently, this is a WhatsApp issue that has to be fixed server-side or via an app update that should become available in the App Store.

Users have reported the same glitch on iPhones running iOS 14.8 and other older versions.\

The WhatsApp stuck preparing issue isn’t iOS 16 exclusive and here is what you can do to fix it:

First, you should try to reinstall the app. This will ensure that you get the most recent version and can also clear any glitches that could prevent the backup from succeeding.

Tip: We recommend you to use the offload function in:

Fact: This has been confirmed as a temporary fix. Auto-backup will work once after the reinstall, but it will get stuck preparing the second time.

Update: Pablo informs that the latest WhatsApp version (23.1.75 – January 19) available in the App Store fixes this backup issue! Update and share your feedback in the comments please!

The next option, requires you to disable and re-enable WhatsApp permission to use your iCloud for backups: 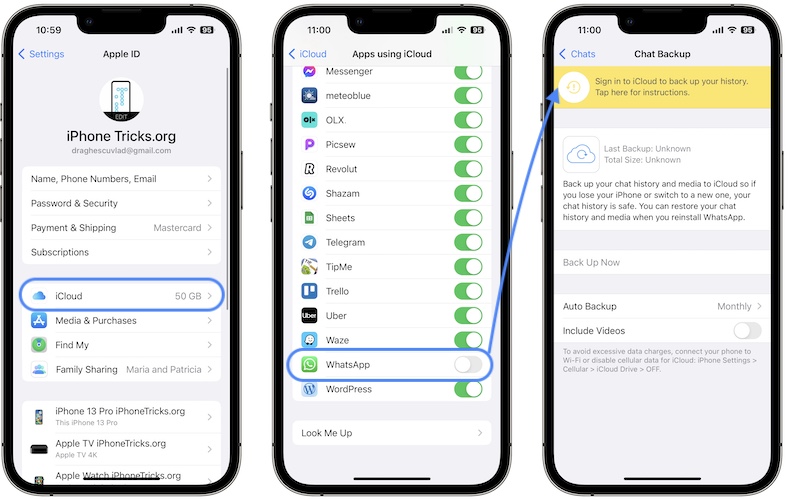 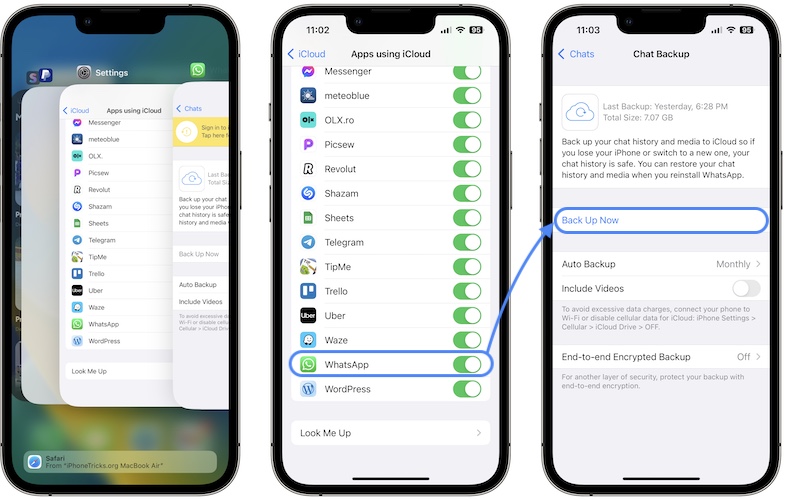 Credits: This troubleshooting sequence has been recommended by sfksuperman.

Harry informed us that he managed to solve this WhatsApp backup issue by using a free VPN:

Fact: This workaround has been confirmed by Mustafa.

Fact: This fix has been confirmed by Ivan.

Have you managed to fix WhatsApp backup not working on iPhone? Do you have a better solution or other problems to report? Share your feedback in the comments.

Related: Do you know that you can WhatsApp message yourself? Here is how to!

48 Responses to WhatsApp Backup Not Working? Stuck Preparing In iOS 16.2?