15 iOS 12 Hidden Features That You Have To Know About 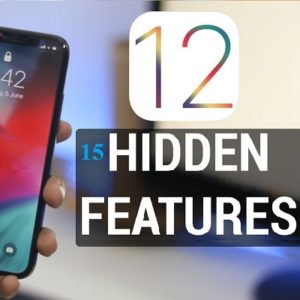 iOS 12 brings a bunch of new features and improvements to the iPhone and iPad and Apple does a great job of highlighting them. You most likely know that the 12th iOS generation comes with Grouped Notifications, a new Measure and Screen Time apps, Group FaceTime Calls, Memojis, Siri Shortcuts and much more (you can check the full iOS 12 update log here.)

Nevertheless we managed to uncover a bunch of new features that might have passed undetected even for the pro users. Below you can find a list of 15 new features available in this 12th iOS iteration, that have been less advertised, but can prove themselves very handy when needed. Some of them are available only for the Home Button-less iPhone, or iPad oriented, but most of them can be applied to most iPhone models. 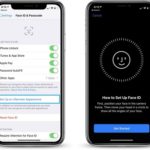 1. Face ID With Multiple Faces: Starting with iOS 12 your iPhone allows you to add multiple faces when configuring the TrueDepth Camera system. This is a highly expected addition especially for families that want to use the same iOS device or for users that frequently change their appearance because of the nature of their job. Open the Settings app, browse the Face ID submenu and tap on “Set Up an Alternate Appearance” to configure a second face, just like you would have done with multiple fingerprints.
2. Face ID Rescan: Whenever your iPhone fails to recognize your face, you have now the option to swipe-up from the bottom of the screen in order to initiate a rescan, instead of using your Passcode to authenticate yourself.
3. App Switcher For iPhone X, XS & XS Max: Closing apps on the Home Button-less iPhones has been changed in iOS 11, with users needing to tap a small “x” in order to close the applications listed in the App Switcher. In iOS 12 things have come back to normal and you can swipe-up to dispatch and kill apps lingering in the background. 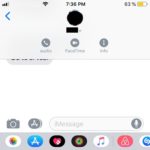 4. Shortcuts In Messages: In iOS 12 you can tap the name of your contact, available at the top of a Messages conversation thread to unveil additional options which allow you to initiate: FaceTime Audio Calls, FaceTime Video Calls or unveil more info about the contact in question. This is the same path that you have to follow in order to initiate a Group FaceTime call.
5. Automatic iOS Updates: In iOS 12 you can allow your iPhone or iPad to automatically download and install a new software version when it becomes available. This is done from the Software Update screen available in the Settings menu. More details are available here. 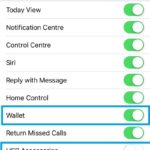 6. New Lock Screen Settings: Privacy and Security has been enhanced in iOS 12. Now you can opt to disable Wallet access as well as USB Accessories permissions when the iPhone / iPad is locked with a Passcode. Open the Settings app, tap on Touch ID & Passcode or Face ID & Passcode, depending what iPhone model you own. Provide your Passcode and enable or disable various permissions.
If you disable the USB Accessories permission, you will need to unlock the iPhone every time more than 60 minutes pass since the device was locked.
7. Siri & Low Power Mode: In iOS 12 you can use the “Hey Siri” feature even when the iPhone is in Low Power Mode! 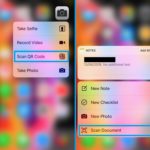 8. New 3D Touch Options: Press firmly on the Camera icon, available on your iPhone’s Home Screen and you’ll find a new option, called “Scan QR Code“. The Notes icon allows you to 3D Touch it to “Scan a Document”.
9. Voice Memos Settings: In iOS 12 the Voice Memos app has its own menu branch in Settings. Visit it and set when you want to delete your memos, tweak the audio quality (compressed or losseless) and set if you agree with a default Location-based naming.
10. TV App Notifications: The TV App in iOS is now able to send notifications when a new episode of a TV series that you follow and is included in the “Up Next” list, becomes available to watch.

11. Safari Favicons: In iOS 12 you can enable the display of Favicons in Safari’s tabs. This is available in the Settings app -> Safari -> Show Icons in Tabs.
12. Contactless Student ID Cards: Certain Student ID cards can be now added to the Wallet app. Participating campuses allow their students to use their IDs to pay for snacks, dinners and even laundry, or to access the library, various campus events and dorms.
13. Accidental Screenshots: In iOS 12 screenshots when the iPhone X / XS / XS Max screens are turned off aren’t possible anymore. This limitation has been introduced in order to prevent accidental screenshots.
14. New iPad Gestures: The iPad is getting ready for a notch and a Home Button-less experience. This is why gestures have been borrowed from the iPhone X. In iOS 12 you have to swipe-down from the top right corner to bring up the Control Center, instead of swiping up from the bottom like previously. This late gesture will now bring you to the Home Screen.
15. iPad Multitasking: 2GB RAM iPads are able to multitask up to three apps: two in the Split View and one in the Slide Over window a feat which wasn’t available in iOS 11.

Tip: To review all changes coming with iOS 12 you can review the full update log available here.