Posted in Accessories by Patricia on April 12, 2017 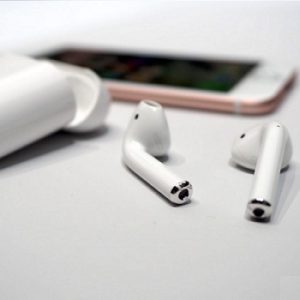 The AirPods are Apple’s flagship accessory when it comes to headphones. They’re the first wireless hearing speakers that fit your ear, created by the tech giant from Cupertino. AirPods have been designed to be a perfect match for the iPhone, iPad, or Apple Watch, but can connect, via Bluetooth, with third party smartphones and tablets too. They’ve been released along the iPhone 7, just in time to dampen the shock wave created by the disappearance of the headphone jack.

As expected, they’re pricey, close to $200 depending on the tax percentage that’s added to the base value. However, the revolutionary headset allows you to talk, listen and speak out Siri commands without being disturbed by a cord. AirPods can connect to any iPhone or iPad that’s able to run iOS 10 or later. The wireless connection is provided Bluetooth emitters and receptors.

AirPods Setup Tips for iPhone
If you purchased AirPods here is everything that you need to know about setting them up and using them at their full potential: 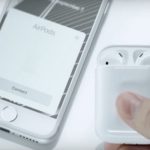 1. Setup:
Unlock your iPhone that runs iOS 10.2 or later, by pressing its Home button. Open the AirPods case and hold it next to the smartphone. A setup animation is displayed on your iPhone. Tap Connect and you’ll be able to see the battery percentage of the AirPods and their case when connection is successful. Tap Done and you’re ready to use the wireless headphones.
Fact: If your iPhone is connected to your iCloud and you have multiple Apple devices configured with the same Apple ID, all of them will received the AirPods configuration details. 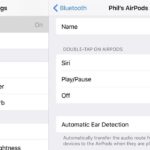 2. Double-Tap Shortcut
AirPods come with an accelerator sensor which allows them to recognize tap commands. They’re set by default to launch Siri when you double-tap one of the headphone. However, this option can be tweaked and you can assign the double-tap gesture to trigger Play/Pause action, when listening to music. There’s also a third option to turn off this feature, in order to avoid accidental activation.
To tweak this open Settings on your iPhone and tap on Bluetooth. Next, hit the AirPods label and select the desired double-tap shortcut, from the ones available in the list. 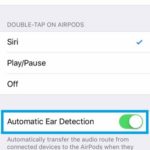 3. Automatic Ear Detection
AirPods are also equipped with infrared sensors that have the ability to detect when they’re positioned in your ear. This will automatically switch audio from iPhone to the headphones. In some cases, this might prove to be annoying. Yes, you can disable this feature and manually decide when to use the AirPods.
Open the same Settings -> Bluetooth -> AirPodsName menu page and toggle Automatic Ear Detection off, by tapping the the knob. 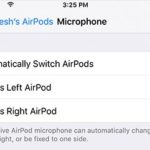 4. Microphone Selection
Both AirPods are equipped with beam-forming microphones that are used during calls and while speaking out Siri commands. The gadget is smart enough to auto fine tune your microphone usage and determine which unit receives the best input. However, in some cases you might decide to use a single headphone. The Microphone setting allows you to pinpoint which AirPod you want to use the microphone. The default setting is Automatic.
You can select between: Automatically Switch AirPods, Always Left AirPod, Always Right AirPod. 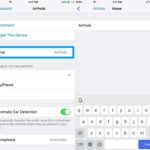 5. Edit Airpods Name
Last but not least you can change the denomination of your wireless headphones. iOS assigns them a default name when you initially set them up. If you have a lot of Bluetooth accessories paired with your iPhone and want to easily distinguish them, you can rename the AirPods to something more familiar.
Browse to Settings -> Bluetooth and tap on the current AirPods label available in the My Devices section. Next, tap on Name and edit it accordingly. To save your selection tap the back button, available in the top-left area of the screen.