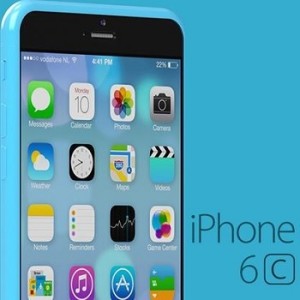 Time flies and we’re getting closer and closer to the month of September! It’s that period of the year when rumors about the upcoming iPhone generation release flare up and hit the headlines. Only a few days ago, we’ve informed you about a credible rumor, pinpointing September 9 as the official iPhone 6S and 6S Plus release date. Now, another trusted leaker adds that those won’t be the only smartphones unveiled during the upcoming Apple event!

Even Blass suggest that the iPhone 6C, an upgraded version of the iPhone 5C series will also become up for grabs this fall. The terminal should be a lower-end, cheaper, counterpart for the iPhone 6S. The iPhone C-series have been first introduced in 2013 as the 5C terminals became available and targeted those Apple fans with lower budgets, that were looking for an Apple smartphone at lower costs.

Sounds like iPhone 6s, 6s Plus, and 6c will all arrive concurrently.

The main uncertainty is not if and iPhone 6C will reach the Apple store shelves, but when it will be released? Considering that last year the iPhone 4S was retired, with the launch of the iPhone 6, this year could be iPhone 5’s turn to leave the spotlight. If this scenario would come true, the iPhone 5C which is also an iPhone 5-based device might also become a thing of the past. Concluding the logic-chain a iPhone 6C release on September 9, 2015 is highly plausible. The other possibility would sometime in the first part of 2016. We’ll check more pros and cons as the story unfolds. 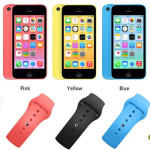 1. Looks: If the same pattern used for the 5C terminal would be applied, the new C-series smartphone should rely on the hardware of the iPhone 6. The joyful unibody polycarbonate shells, available in various colors are target to the younger Apple fans. Shades like: red, green, blue, yellow, white and presumably a bunch of new options to match the existing Apple Watch silicone Sports bands, will coat the edges and the backside of the iPhone 6C.
2. Size: This is a major uncertainty and a very important aspect. Normally the 6C should get the frame of the 6-series that’s a 4.7″ display. However, that could prove a bad decision because the new model would cannibalize the record breaking sales of the actual flagship. That’s why Apple could continue to aim the 4″ screen size range and might opt for the smaller frame on it’s new C-series model. Or, if the larger screen is chosen, the release date of spring 2016 makes considerably more sense.
3. Hardware: Most likely the iPhone 6C will be equipped with TouchID, NFC technology (Apple Pay), A8 chip and 8 Megapixel iSight camera along other iPhone 6 like gear.
4. Pricing: Most probably the iPhone 6C will maintain the pricing levels of its predecessor and that’s around $100 less than the flagship for each storage plan.

Fact: Stay tuned with iPhoneTricks.org and you’ll be informed about the upcoming iPhone developments as soon as new info becomes available!