Apple Fitness+ Not Working On iPad (App Not Available) 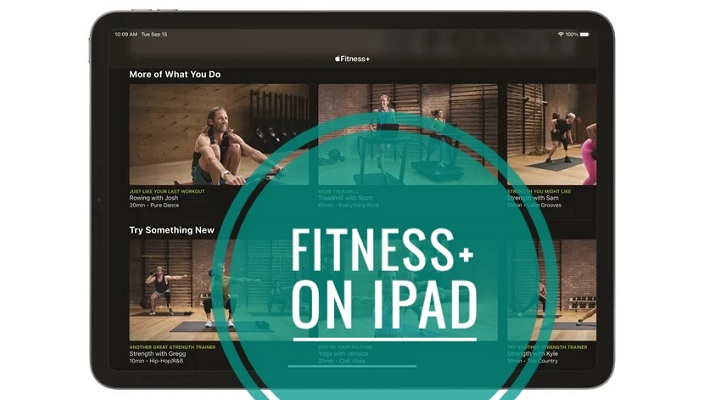 Is Apple Fitness+ not working on your iPad? You haven’t been the only one affected. A bug was preventing any compatible iPad model to download the Fitness app from the App Store, thus making the Fitness+ subscription not available. Users that attempted to install the Fitness app in iPadOS 14.3 are prompted with the ‘This app requires specific features not available on this device’ error message.

Apple has fixed this issue in the meantime, as literally no iPad user was able to get Fitness+ on iPad. The downtime has been fixed in a couple of hours! Fitness+ users could use an iPhone or Apple TV to subscribe and perform the new workout routines! 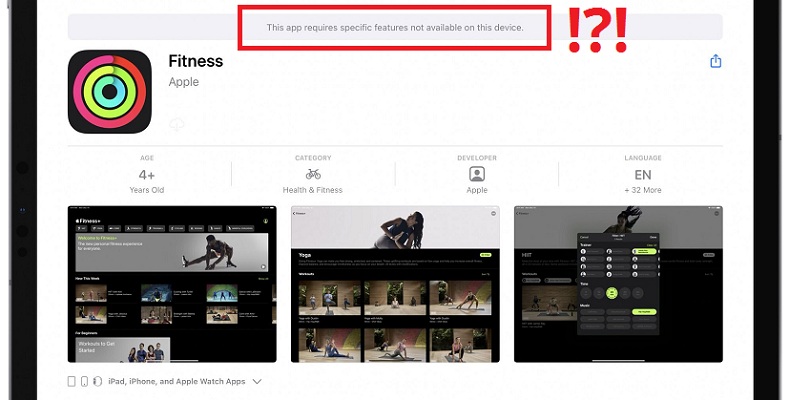 Update (December 14): Fitness+ iPad issue has been now fixed! However, some iPad users are still having a hard time finding the Fitness app on the App Store. To make thinks easier just tap this direct link and proceed with the download! The ‘This app requires specific features not available on this device’ error should be gone!

Apple Fitness Not On iPad

The main cause of the problem was the fact that the Fitness app (former Activity app) isn’t installed by default in iPadOS 14. This means that any iPad owner that wants to use Fitness+ on iPad, has to first download the Fitness app from the App Store. However, when the download button was pressed the above mentioned error message is displayed!

Apple’s premium workout service is advertised as available on iPad Air 2 or later, as soon as the tablet is updated to iPadOS 14.3.
Fact: All Fitness+ compatible models were returning the ‘This app requires specific features not available on this device.’ error.

Do let us know if you’re now able to download the Fitness app on an iPad, using the link provided above!

Fact: If you’re still unsuccessful you can at least check out the new App Privacy labels introduced by Apple starting with iOS 14.3, iPadOS 14.3, watchOS 7.2 and macOS Big Sur 11.1.

For example, the Fitness app informs that it will collect the following data that could be linked to your identity: Health & Fitness, Purchases, Financial Info, Identifiers, Usage Data.
While Diagnostics, are mentioned under the ‘Data not linked to You’ privacy label.

Have you subscribed to Apple Fitness+? What’s your feedback. Use the comments section and let us know.

Related: Did you know that Apple Fitness+ isn’t available on Mac? The new subscription service isn’t mentioned at all in the macOS Big Sur 11.1 update log!