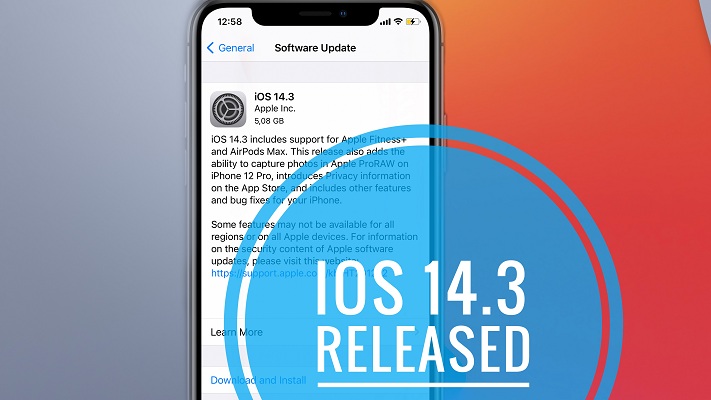 iOS 14.3 also fixes nine bugs according to the update log. We can already confirm one that’s not mentioned: the Sound Recognition issue has been fixed too! This Accessibility feature doesn’t crash the Settings app anymore when users try to edit it! Did you find other bug fixes? Use the comments section and share them with us!

Important: Before you update to iOS 14.3, make sure that you check new bugs that we’ve stumbled upon while testing the second Release Candidate version, over the weekend! 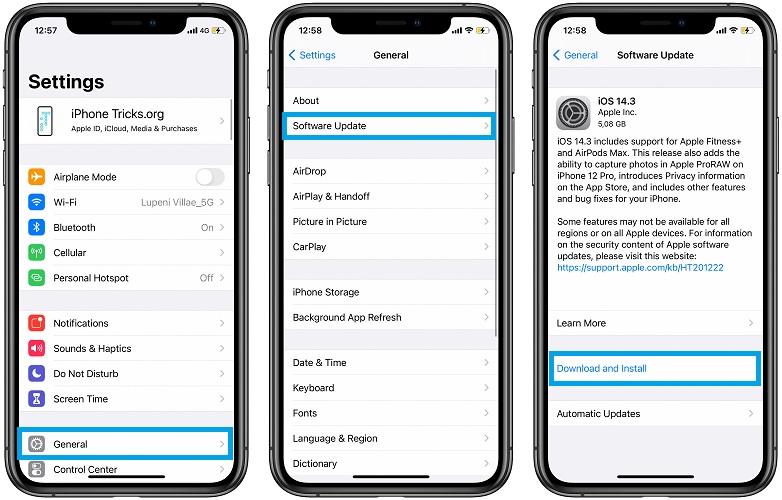 iOS 14.3 is available over-the-air in the Settings app. Browse for General -> Software Update and tap the Download and Install option. Provide your iPhone / iPad Passcode, agree with Apple’s terms and follow the traditional on-screen instructions to upgrade to the latest iOS version.
Fact: iOS 14.3 update package is around 5,08 GB large. Make sure that you have enough free space available on your device and that its connected to WiFi before proceeding.

– An all-new Apple TV+ tab makes it easy to discover and watch Apple Original shows and movies.
– Enhanced search so you can browse by category such as genre, and see recent searches and suggestions as you type.
– Top search results shown with the most relevant matches across movies, TV shows, cast, channels, and sports.

– Ability to indicate pregnancy, lactation, or contraceptive use in Cycle Tracking in the Health app in order to better manage period and fertile window predictions.

Ecosia search engine option in Safari, comes as an addition to the already available Google, Yahoo, Bing and DuckDuckGo.

Apple confirms that the following iOS 14.2 issues have been addressed:

Unfortunately the bug fix change log doesn’t mention some important iOS 14.2 issues. However, it often happens for problems to be addressed even if they’re not listed in the update log. We’ve listed them for you below. If any bug from the list appears to be fixed on your iPhone / iPad, please inform us, using the comments section available at the end of the article:

Unfortunately, it’s almost impossible to avoid new issues emerging with a new software update. Below you can find a list of the bugs detected by us, during the iOS 14.3 RC 2 testing, over the weekend. Apple might have fixed some of them for the public release. We will update the article accordingly as soon as we get a chance to test them out

Have you updated to iOS 14.3? What’s your feedback? Use the comments section and share your thoughts!