How To Subscribe For Apple Fitness+ (Free Trial, Requirements, Troubleshooting) 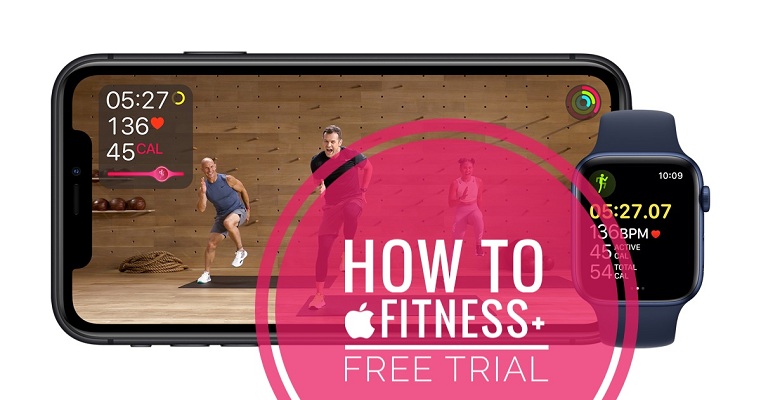 Apple has released Fitness+, a premium workout subscription for iPhone, iPad, Apple Watch and Apple TV. It retails for $9.99/month or $79.99 for a yearly subscription. However, the Fitness+ option doesn’t seem to show up for everyone in the Fitness (former Activity) app!

Follow these steps to quickly signing up for Apple’s new premium workout service:

To entice you to subscribe to this one of a kind workout service, Apple is offering an 1-month free trial for everyone. More, Apple Watch Series 6, Series 3 and SE owners that have purchased their devices from Apple, after September 15, get an additional 2 months without being charged, summing up 3-months of Fitness+ subscription without paying a cent! 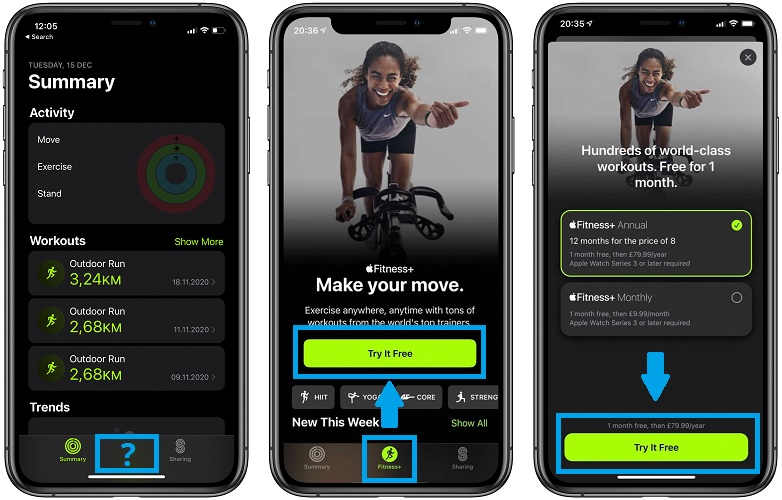 Fact: All subscriptions are automatically renewing after the initial free trial period is depleted. This means that you have to cancel one day before the deadline to avoid being charged, if you don’t intend to continue with this paid service!
Update: Apparently the 3-month free trial isn’t granted to all new Apple Watch owners that fit the above criteria and they’re offer a single month only as everyone else. We just provided a workaround that helps you enable the Fitness+ 3 month free trial!

Fitness+ And Apple One

If you’ve already signed up to the Apple One Premier services bundle, Fitness+ is already included in the package and you won’t have to pay extra.
If you’re not an Apple One subscriber, you should seriously consider it because it bundles multiple premium Apple services and makes them available for an unbeatable price.
Apple One Premier is the largest bundle and the only one that includes Fitness+. It retails for $29.95/month and includes: Apple Music, Apple TV+, Apple Arcade, Apple News+, Fitness+ and additional 2TB of iCloud storage. More, this package can be shared with up to 5 family members!

Software: Your iPhone, iPad or Apple TV have to be updated to iOS 14.3, iPadOS 14.3, watchOS 7.2 and tvOS 14.3 or later!
Hardware: Fitness+ works on iPhone 6s or later, Apple Watch Series 3 or later, iPad Air 2 or later and Apple TV HD or Apple TV 4K.
Geographic: Fitness+ currently only shows up in the Fitness app for users from the United States, United Kingdom, New Zealand, Ireland, Canada and Australia! Should be available for more in the future!

Is the Fitness+ tab not showing up in the Fitness app?
You must be running iOS 14.3 RC 2 version. If you installed the second Release Candidate version before the public release, there is no new update available in your Software Update section, even if you delete the iOS 14 beta profile.
Fix: To enable the Fitness+ option, reboot your iPhone. You can apply the force restart trick as the quickest solution! Does Fitness+ show up in the Fitness app after you rebooted?

Apple introduced the Fitness+ service as being shaped around the Apple Watch. The watchOS 7 device is used to measure your metrics and display them on the iPhone, iPad or Apple TV screen. However, initial tests have allowed us to start a Fitness+ workout without wearing the Apple Watch. Of course, metrics aren’t recorded but you can perform the workouts.
Fact: Not on Apple TV though. When trying to use Fitness+ on a tvOS device you’re asked to connect and wear your wrist-worn device.

Have you subscribed to Apple Fitness+? Have you completed your first workout? What’s your feedback. Are you able to sign up for Fitness+ although you’re not included in the accepted countries? Use the comments section and let us know!

Related: Strange enough, Apple Fitness+ isn’t available on Mac, the service isn’t mentioned at all in the macOS Big Sur 11.1 update log! What’s your take on this?