How To Fix Apple Fitness+ Not Showing Up On iPhone, iPad or Apple Watch? 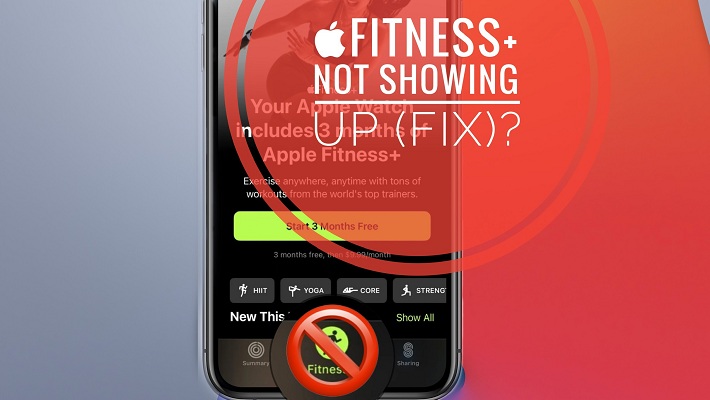 Apple Fitness+ not showing up?

Is Fitness+ not showing up on your iPhone, iPad, Apple TV or Apple Watch? Apple’s new workout service is live, since almost a day now, but you’re not seeing the Fitness+ tab, in the Fitness app on your Apple devices? You’re not the only one. Here is what you can do to fix it.

6 Ways To Fix Apple Fitness+ Not Showing Up

Fitness+ won’t show up if you don’t upgrade to iOS 14.3, iPadOS 14.3, watchOS 7.2 respectively tvOS 14.3. The new software version is available over-the-air on all compatible devices in Settings -> General -> Software Update.
Fix: If you’re running iOS 14.3 RC 2 or iPadOS 14.3 RC 2, you won’t need to update to the public version of iOS 14.3. However you need to reboot your iPhone or iPad for the Fitness+ tab to display in the Fitness app.

Make sure that Apple Fitness+ is supported by your device:

An Apple Watch isn’t mandatory for playing Apple Fitness+ workouts on iPhone and iPad. However, doing so without the wrist-worn gadget, will result in completed workouts without activity metrics.
More: If you attempt to workout with Fitness+ using an Apple TV, you do need to wear a compatible Apple Watch to be able to play the routine!

5. Use The Same Apple ID

Some readers have reported that they have subscribed to Apple Fitness+ but aren’t seeing an active subscription when trying to connect from a different device. This happens when different Apple IDs are used across devices. Please use the same iCloud account on the devices that you intend to use with Fitness+.

Unfortunately, Apple Fitness+ isn’t available worldwide. Apple has only unlocked it for users located in the United States, United Kingdom, New Zealand, Ireland, Canada and Australia.
In this case the Fitness+ tab won’t show up in the Fitness app no matter what you do.

Why Is Apple Fitness+ Country Restricted?

Many users are intrigued by the fact that Fitness+ is location restricted. Here might be some of the main reasons:

What’s your take on this? Use the comments section available below!

Is Apple Fitness+ not showing up on your iPhone, iPad, Apple TV or Apple Watch after performing the steps described above. Do you encounter problems even if Fitness+ is available in your country? Use the comments section and share your feedback.

Related: Here is how to perform your first Apple Fitness+ workout!

59 Responses to How To Fix Apple Fitness+ Not Showing Up On iPhone, iPad or Apple Watch?