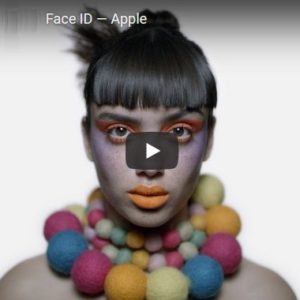 Apple has just shared a couple of new ads on its official YouTube channel to promote its 10th anniversary iPhone. The four new clips emphasize the Animoji Karaoke feature and the revolutionary Face ID authentication system. The first ad is labeled ‘Animoji Yourself’ and focuses on the lip syncing mania that flared right after the launch of the iPhone X. It features a woman pretending to sing a popular song, while creating the effect that the animated emoji is the one actually interpreting the track.

If you want to replicate this effect, we’ve already detailed how to make Animoji Karaoke clips using the iPhone X. However, you might be surprised that you can also achieve this feat on any older iPhone model. Yes, the official animated emoji are restricted to the TrueDepth camera equipped flagship, but there is a third part app that can use any iPhone front-facing camera an animate emoticons as explained here. Of course, that the end result is less spectacular and far from perfect.

Fact: Are you interested in the song played in this 38-second ad? It’s: “All Night” by Big Boi.

The other 38-second clip are advertising three Face ID characteristics. iT’s labeled ‘Introducing Face ID’ and focuses on the ability to unlock the iPhone ‘Ten’ with your look. It shows that you can pay with your face and emphasizes the your face is the best password that can be create!
Tip: If you’re not a privacy freak you can easily disable this feature from the attention awareness settings.

Fact: The background music is provided by NVDES with ‘Turning Heads’.

The other two Face ID promoting ads are 15-second long and are focusing on the fact that the front-facing dot projector emits infrared light which makes authentication flawless when there’s no light. Also, Apple confirms that Face ID can adapt to your facial changes:

Soundtrack: ‘Off the Radar’ by Noga Erez.