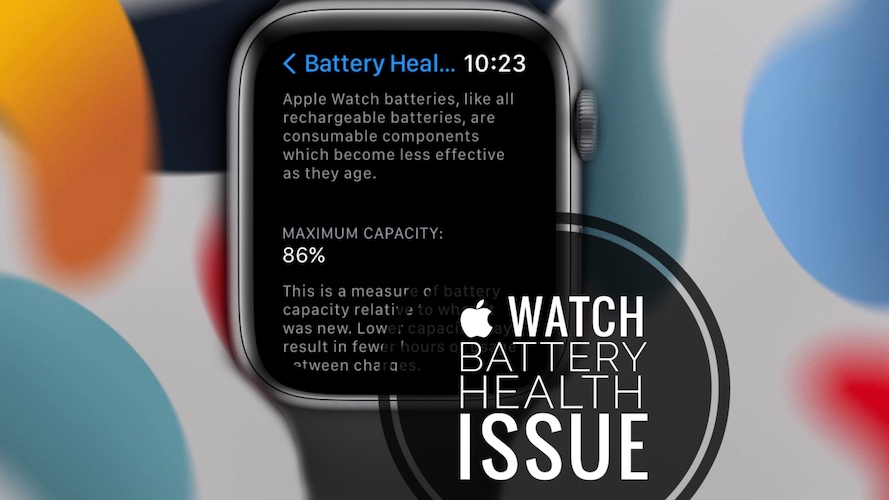 Vincent reported that his Series 7 Battery Health is already at 97%:

“Battery capacity down to 97% after less than 3 months. Is that normal?”

Our in-house Apple Watch 6 has reached a Battery Health level of 86% after one year and a half of usage. While the original Apple Watch isn’t able to show the Maximum Capacity, as neither do the Series 1 and 2!

Fact: Battery Health reporting has been introduced in watchOS 7 and the Series 3 is the oldest compatible Apple Watch model.

This is an open list. Please use the comments section to share the Maximum Capacity reading of your Apple Watch. Do mention the exact model, as well as the device’s age, watchOS version and any other relevant info that could help us conclude if Apple Watch battery degrades fast.

We have two collections. Apple Watches with batteries that degrade too fast, and one for top performing batteries: 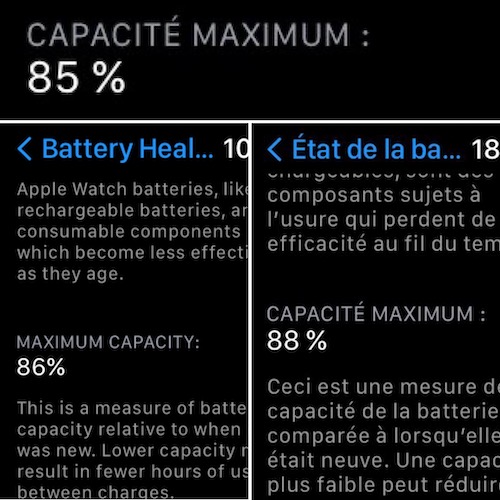 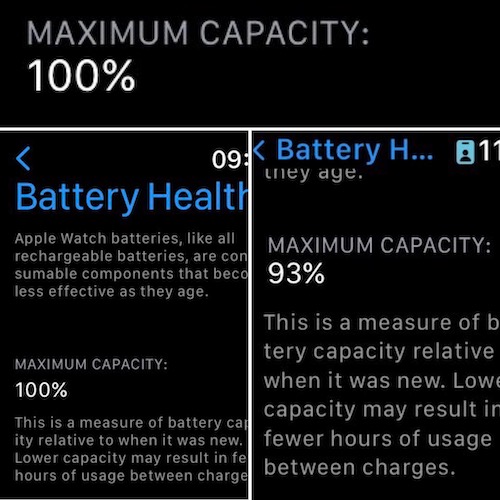 Fact: Some of the above results are extracted from Ian’s Tech tweet.

To see how much the AW degraded since you started using it proceed as follows: 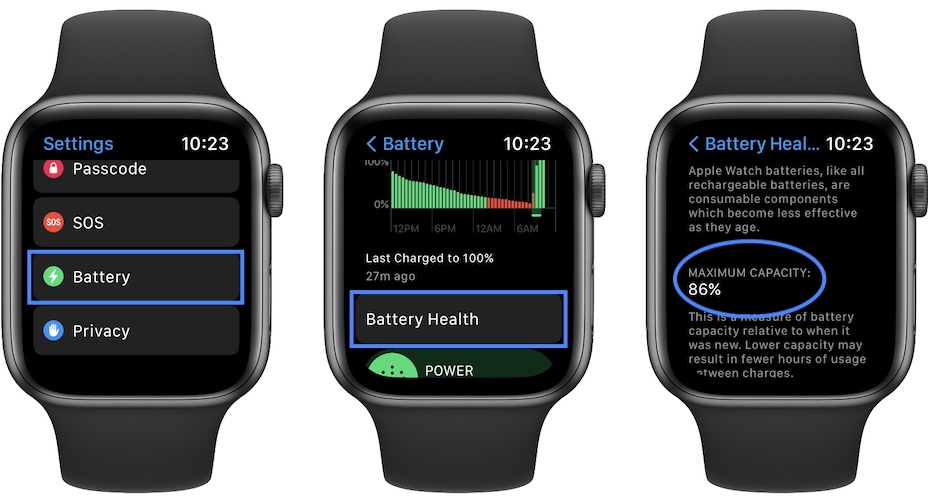 If the Battery Health option is not available in Settings, make sure that your Apple Watch runs watchOS 7 or later.

Fact: As mentioned above, the Apple Watch Series 2 and older aren’t supporting watchOS 7, which means that they’re not able to share the battery degrading status.