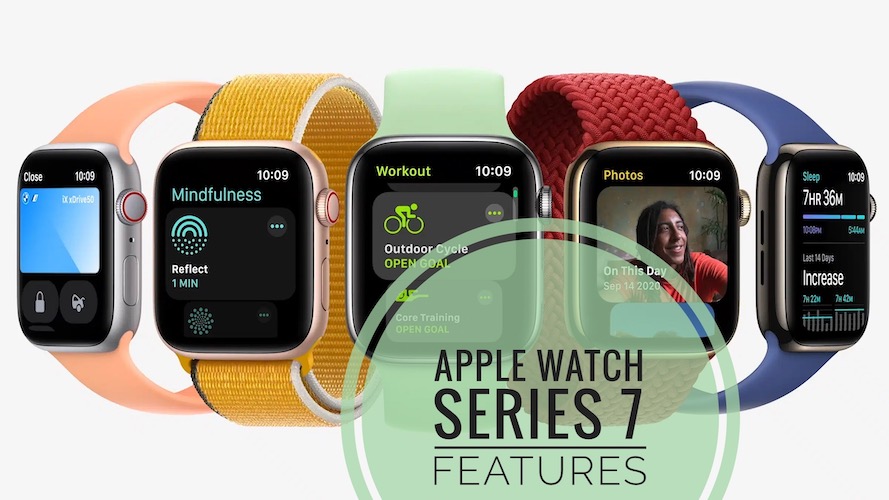 The Apple Watch Series 7 has been unveiled alongside the iPhone 13 lineup during the California Streaming keynote. It packs the largest display build on a watchOS device. Apple also markets it as the most durable Apple Watch ever. It includes breakthrough health innovations! 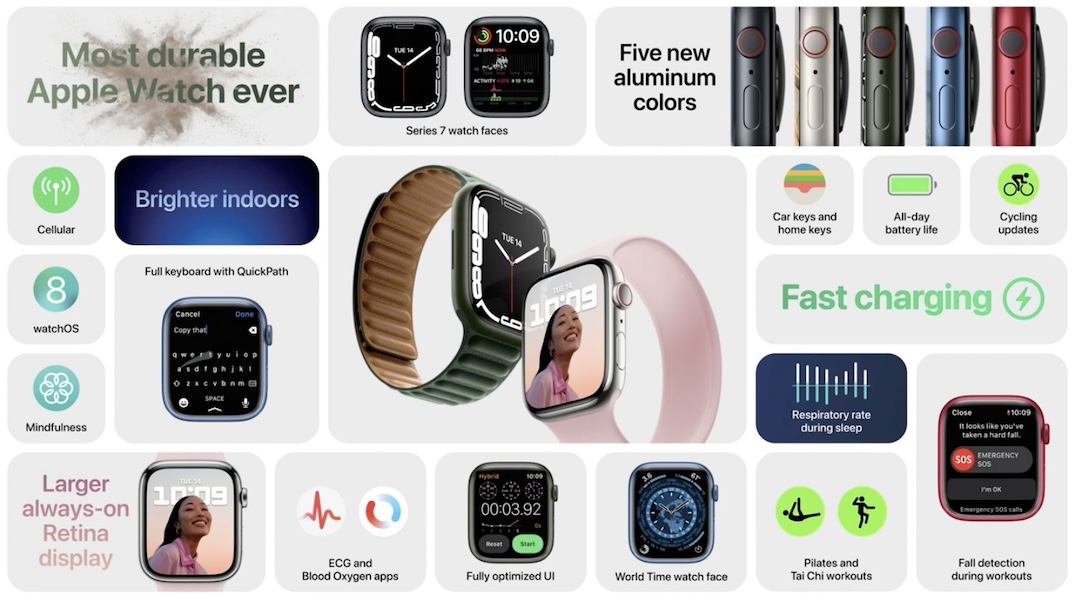 The AW 7 pre-orders have started on Friday, October 8!

The first Apple Watch Series 7 units have started arriving on Friday, October 15! The devices have become available for in-store pickup today too!

Because the AW 7 won’t be sold alongside the iPhone 13 and iPhone 13 Pro, Apple hasn’t provided too many details about the specs. We will update them here as soon as they become available.

Tip: Until then you can take a realistic look at the Apple Watch Series 7 thanks to the AR technology. Tap here using Safari on an iPhone and iPad and you can project the AW 7 in AR on your desk or nearby table. Switch between AR and Object to check it out in detail.

Fact: The aluminum in the Apple Watch Series 7 is 100% recyclable.

Other Materials: the Series 7 is also available in titanium and stainless steel finishes.

Apple Watch 7 vs 6 vs 5 Screen Comparison 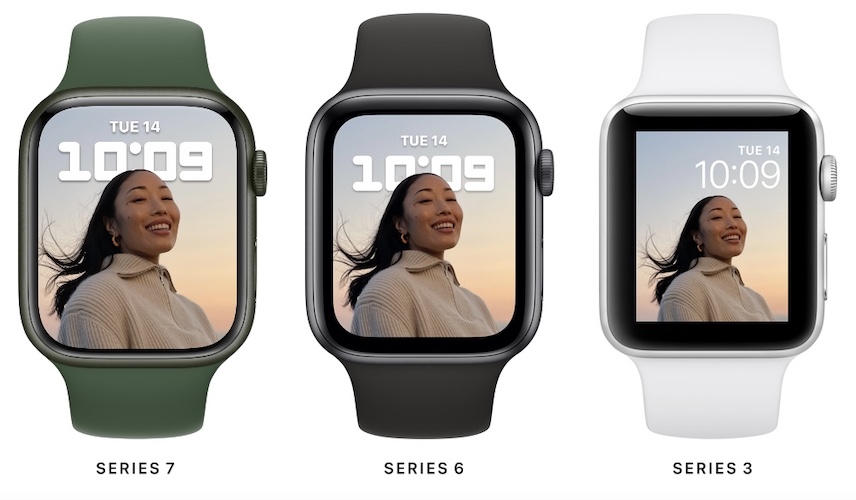 Fact: When compared to the Series 6 the Apple Watch 7 gains screen size mainly because of reduced bezels, with the actual physical size of the chassis not increasing too much! 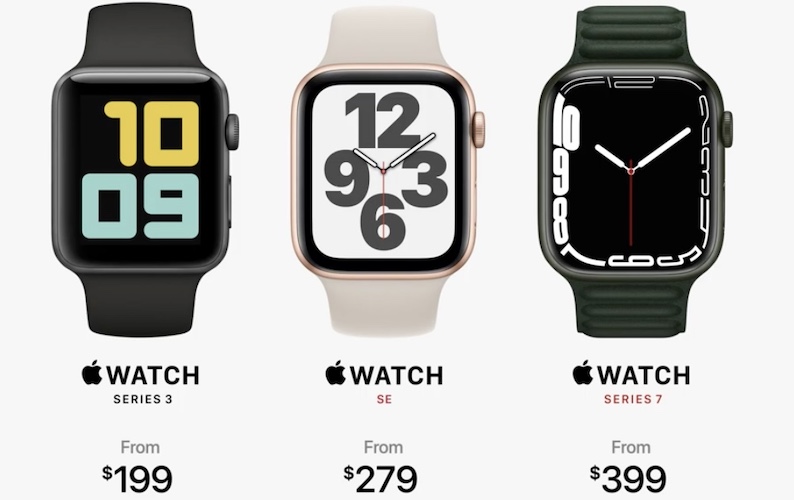 Last but not least you should check out Apple’s official AW 7 intro video and have a better understanding of its new features:

Do you plan to upgrade to the Apple Watch Series 7? Which features convince you to go for it? Use the comments section and share your feedback!