How To Fix Apple Watch Vertical White Line On Screen? 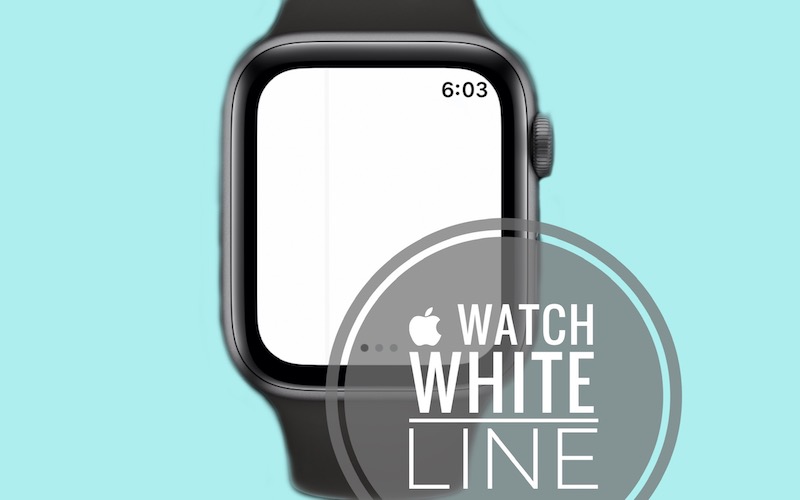 Is your brand new Apple Watch displaying a vertical white line on screen that’s noticeable only in certain situations? Don’t panic, you’re not the only one experiencing this issue. First, of all be happy because you most likely have a 20/20 perfect vision!

The white line on the Apple Watch screen is not easy to spot. In fact, some Apple Watch owners plagued with this issue have started to doubt their eyesight, because they were not sure if the vertical white line is reality or just a result of their imagination caused by bad eye vision.

This issue was mailed to us by a brand new Apple Watch Series 6 owner. I couldn’t spot it in any of our in-house watchOS devices.
However, there have been a series of users that have reported the same Apple Watch problem. Surprisingly, this seems to be an old issue as it has been signaled for models as early as the Series 3 and Series 4.

How To Check Apple Watch For White Line On Screen

The Apple Watch white line on screen problem can only be spotted in certain circumstances:

If present, the vertical white line can be easily spotted in the torch app: 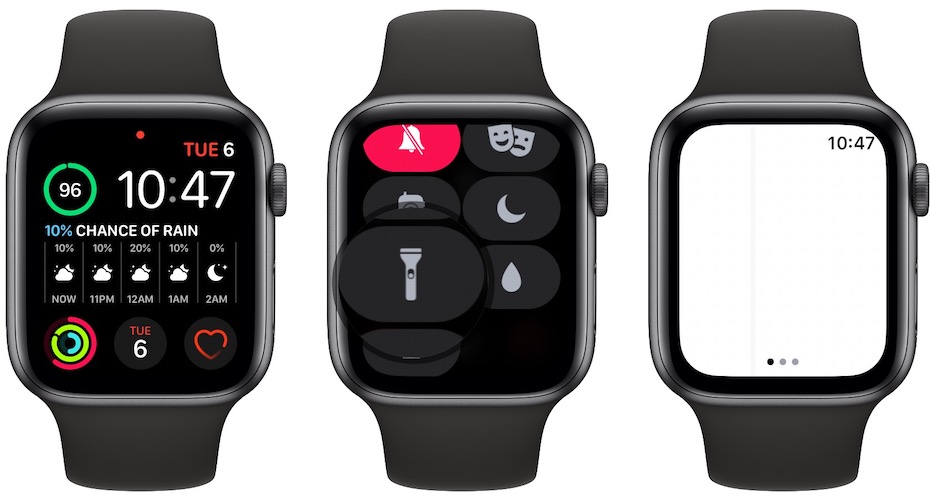 Another good way of checking your wrist-worn device for the white line display anomaly is to browse a map in the built-in Maps app. The grey background will allow you to detect the glitch easier.

Last but not least you can also detect it when using a gray background. You can display a proper picture in the Photos app.

Unfortunately, as much as I would like to help, there is no way to fix this display issue yourself!
Users that have reported the problem to Apple have received a free unit replacement, because the device was labeled as faulty out of the box!

Important: Another Apple Watch display problem causes a vertical white line on the screen! However in this case the stripe is easily noticeable on every app or watchOS screen. In this case your device is most likely dealing with a damaged cable. The problem is also known as a minefield and renders the Apple Watch as not repairable.

Have you also been unlucky enough to buy an Apple Watch with a white line on screen? Have you returned to Apple? Was it difficult to get a free replacement unit? Share your experience in the comments section!

Related: You might be also interested in:
– how to fix the Apple Watch green screen flickering when exposed to direct sunlight!
– Apple Watch Series 6 experiencing bumps under the screen!

2 Responses to How To Fix Apple Watch Vertical White Line On Screen?