Posted in Errors and Issues by Mike on September 13, 2022 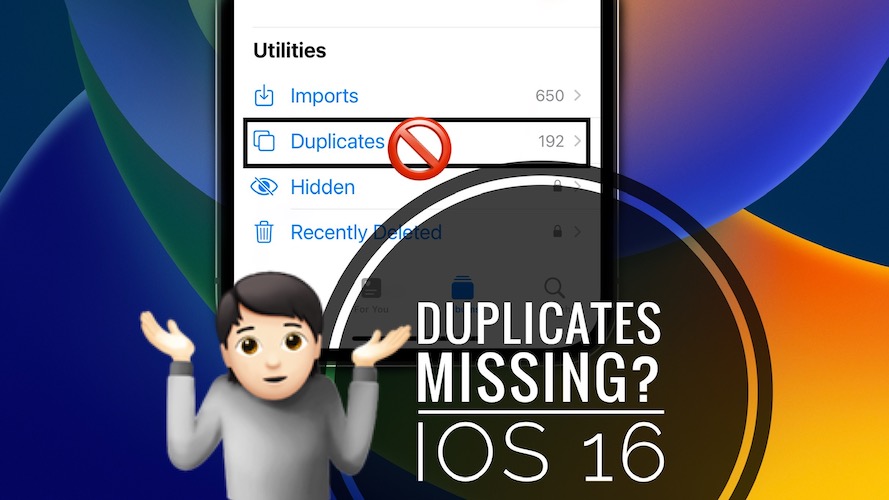 Duplicates not showing in iOS 16

Are Duplicates not showing in iOS 16? You’ve updated iPhone to the most recent release but device isn’t able to find and list duplicate photos in the Utilities section? Is this an early iOS 16 bug? Let’s check it out!

Duplicates Not Showing In Photos

This issue has been reported by Michael in our iOS 16 review page:

“Hi regarding IOS 16. With reference the photo menus and utilities, my I phone 13pro max does not show duplicates in the menus. Is there a reason for this? I am in the U.K.”

We couldn’t replicate this issue at the time of writing. However, we found similar reports from the iOS 16 beta stages on Reddit.

Update 1: Thank you all. Numerous confirmations have been posted in the comments! The issue is global. We’ve reported it to Apple. If you want to do the same please use Feedback ID: FB11505534 to make the report stand out and prioritize a fix!

If you’re also missing Duplicates album in Photos, please confirm it in the comments section and we will report this issue to Apple. Do mention your iPhone model and region please.

Update 2: The Duplicates not showing issue sorts itself out within 24 – 48 hours after updating! Apparently, iOS 16 needs time to index and compare all photos. (Confirmed by Michael, Jim and others.)

Update 3: Apple confirms in a support document released recently that iOS 16 requires time to index your photo library and be able to search for duplicates! 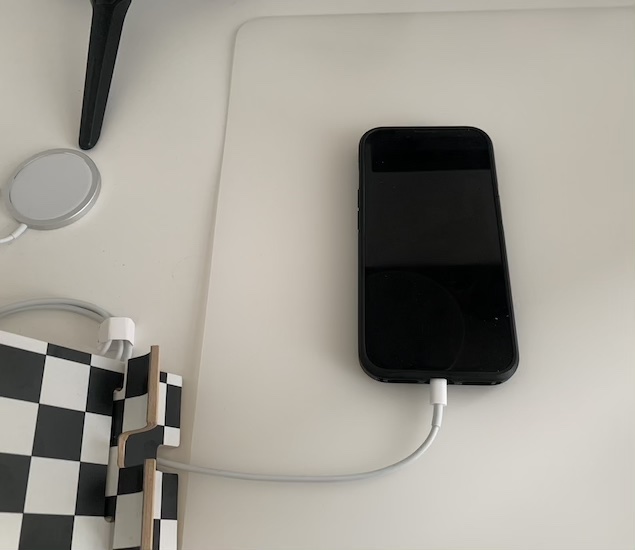 Fact: Depending on the tasks that are running in the background and the size of your photo library, it might take up to a few days for the duplicates to show up!

The detection process requires iPhone to be locked and connected to power. Depending on what tasks are running in the background and the size of your photo library, the process could happen quickly or take up to a few days to complete.

How To Fix Duplicates Not Available In Photos

If more than 48 hours have passed and duplicates are still not available please try the following tips:

1. No Duplicates, No Folder

It appears that according to current iOS 16 behavior, the Duplicates album isn’t displayed if no identical photos have been detected in the Photos app.

If you already merged Duplicates as shown here, there might be no other identical photos to show on your iPhone and that’s why the Duplicates folder is not showing up in Utilities between the Imports and Hidden albums.

To make sure that you have duplicate photos on your iPhone you can use another iOS 16 feature that allows you to easily duplicate an image: 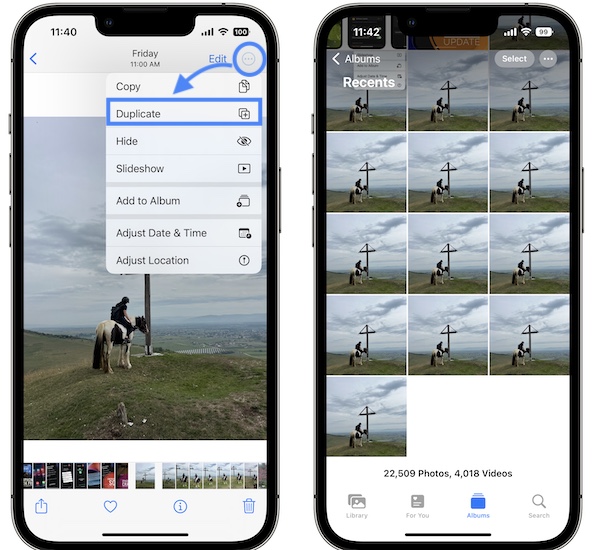 Tip: Return to the Albums screen and scroll for Utilites. Is the Duplicates folder available?

Update: There’s a delay caused by image indexing. Photos duplicated manually show up as Duplicates after several hours only. So, check back later and see if you get the new album! 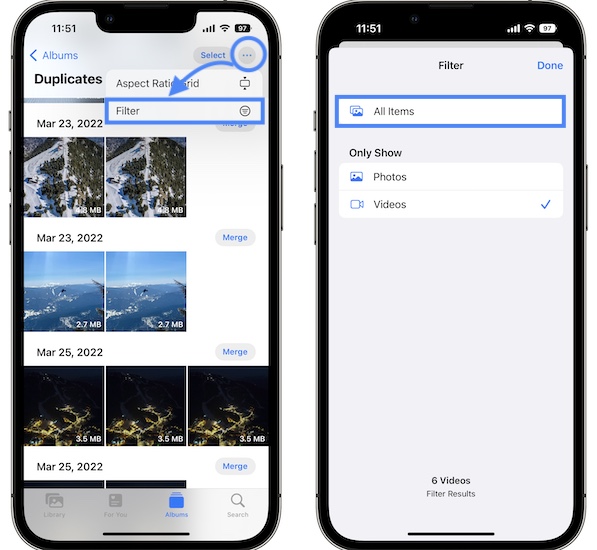 Duplicates can be set identical Photos, identical Videos or both. The default option is both!

If you tweaked it for Videos and there are not duplicate clips detected on your iPhone, the feature might glitch out and stop showing the Duplicates album altogether.

Fact: Duplicates filter can’t be edited in Settings. You have to return to the Recents folder and manually duplicate videos, as shown above, to force the Duplicates folder to show up again!

We couldn’t find any reference that the iOS 16 Duplicates feature might be country restricted. However, we have been only able to test the feature in the U.S.

Update: No, this behavior is occurring worldwide. However, the Photos app seems to require some time until it’s able to index all photos and detect Duplicates. Please check for the folder after 24 hours. It might show up without any other action required!

If you’re also missing Duplicates please mention your region and if you upgraded to iOS 16 from iOS 15 or from an iOS 16 beta version! 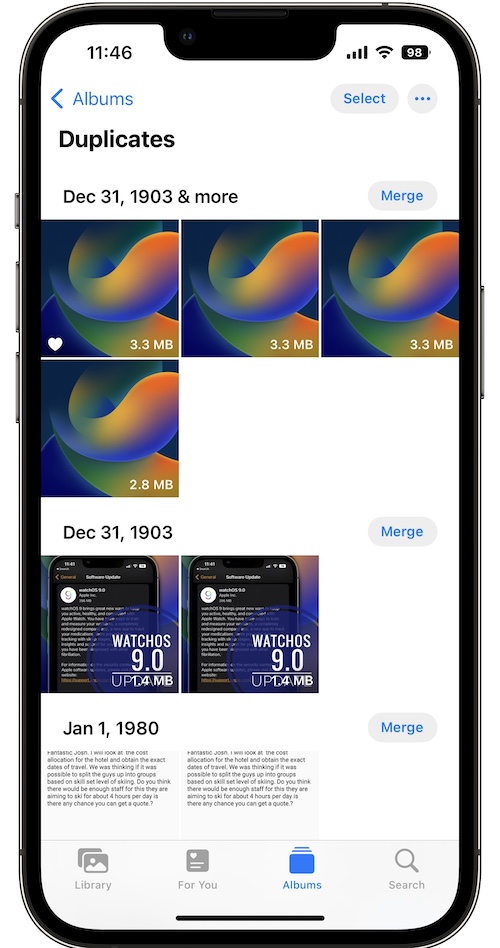 This new iOS 16 feature is definitely glitching out. In my case it’s showing duplicate photos created one day ago as dating from Dec 31, 1903! 😱

What’s your feedback about Duplicates in iOS 16? Share your experience, suggestions and questions in the comments.

Related: Some users complaining about Duplicates not showing in iOS 16 are also mentioning that they can’t Lift Subject from Background! This is a new Visual Look Up feature. More details and a fixes for this problem are available here!

178 Responses to Duplicates Not Showing In iOS 16 Photos App (Fix ?)